Archaeological theory deals with the way in which material culture is interpreted: interpretation allows the archaeologist to make inferences on past societies from simple objects which otherwise would be nothing else than mute finds. As a consequence, the study of past civilisations depends on archaeologists' methods and approaches to material culture.

Pure theory, however, is not the only affecting element; politics has always played a significant role in the practice of archaeology, in particular when political weakness and social unrest have fuelled the growth of nationalist movements. A huge literature has been produced on archaeology and nationalism, and numerous case-studies from around the world point out the relevance of the historical past in the development of a people. The Balkans, namely those countries which once formed the Socialist Federal Republic of Yugoslavia, is a striking example.

There are many reasons why this area can best depict such a widespread and complex phenomenon. First of all, it represents a current situation in a European context. Secondly, it is characterised by complex and variegated forms of ethnic conflict, where archaeology plays (or is forced to play) a significant and often different role from one region to another. Thirdly, such a misuse of the historical and archaeological record is further biased by a misleading theoretical approach.

The ethnic composition of former Yugoslavia has often been cause of conflict and political weakness since the Middle Ages. The ephemeral medieval kingdoms, often enhanced in modern nationalist historiography, were eventually replaced by the Ottoman and Habsburg Empires in the 15th and 17th centuries respectively and ruled until the end of World War I. After a short period of political instability, a unified political entity emerged in 1945 under the leadership of Josip Broz Tito, who implemented a form of socialist dictatorship independent from the Soviet Union (Jelavich 1983; Curta 2006). Ethnic conflict broke up again in 1990 mainly between Catholic Croats, Orthodox Serbs, Albanians and Muslim Bosnians, from the rise to nationalist feelings; the process of Yugoslavian disintegration is still in course, with Kosovo being the sixth to claim independence from the federation.

In modern times, nationalist feelings in the Balkans arose for the first time in the late 18th and 19th century against the Ottomans and the Austrians, when similar processes were occurring in other European regions. In parallel with these events, Balkan archaeology emerged and developed in this period as a political instrument in the hands of Slav patriots; in particular, medieval archaeology developed as a consequence of the medieval origins of ethnic rivalries (Kaiser 1995, 106-114).

The two periods of Yugoslav archaeology correspond to the two main political phases of the area. During the period in which the Serbs had a major role in united Yugoslavia (1945-1990), politics employed archaeology for supporting the idea of a pan-Slav reality. In the 1950s, many Early Slavonic sites were excavated in northern Slovenia, in the same place where archaeologists of the Ahnenerbe (the Nazi 'Ancestral Heritage Society') searched for evidence for long German occupation; this effort to contrast the abuse of history that justified German war crimes, however, was inevitably approached with the same theoretical methodology. At the same time, another project on Slavonic settlements was being carried out in the Yugoslav-occupied Zone B of the Trieste Territory, disputed with Italy (Novakovic and Slapšak 1996, 288). More recently, following the first Albanian ferments in 1981, there was a dramatic increase in excavations and surveys promoted by the Serbian Academy of Science and Art, which of course proved a long Serb occupation. The archaeological documents produced by this institution have been the intellectual justification for Slobodan Milosevic's genocide policies (Kaiser 1995, 114). 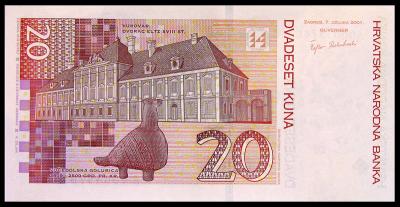 Figure 1. The 18th century Eltz Manor in Vukovar, a town in a Serb-majority area on the border with Serbia, is represented in the background: the palace was destroyed by the Yugoslav People's Army during 1991-1995 war; in the foreground, the Vuedol pottery, symbol of the major Copper Age culture of the area, was found on the site from which Vukovar itself was bombed. (Photo credit: Author)

After each republic became independent (the start of the second phase), archaeology was employed for the identification of ethnic-specific elements in the archaeological landscape; at the same time, however, ethnic groups started identifying themselves with non-Slav cultures and symbols, seeking elements which could radically distinguish them from the other Slavs including, for example, the adoption of a different alphabet. To this respect, two cases are particularly relevant. The first one deals again with Slovenia and its development since the mid-1980s of autochthonous theories on the origin of Slovenians, supposedly to be either Etruscan or Venetian (Novakovic and Slapšak 1996, 289). The second example comes from the Republic of Macedonia: both the name and the flag of this new country caused a major dispute with Greece. Macedonia is indeed the name of an ancient civilisation and of three modern Greek regions, and the naming of the Republic after them was seen as an appropriation of present and past Greek cultural elements, or even as a possible claim of land. As for the flag, the sixteen-pointed star of Vergina, identifiable on many archaeological finds, was adopted, stressing the aspiration to identify with Alexander's Macedonia (Kohl 1998, 239).

All these misinterpretations of the archaeological record were made possible and enhanced by the theoretical methodology employed until recently in the Balkans; namely, that one of culture-historical archaeology which well fits political purposes: in this approach, material culture (usually ceramic typologies and styles) is used to spot ethnic groups and, as a consequence, changes in these data are explained with migrations or invasions and thus with the advent of a new people. The result is the building of schematic chronologies which delimit 'impermeable' cultures in time and space, using ethnicity as an organising principle (Kaiser 1995, 104-108; Curta 2001, 370-375). Themes like ethnic and linguistic patterns and territorial issues were often approached by Yugoslav archaeologists; for example, Draga Garasamin (1972) concludes that "the Bronze Age evolves as a very important stage in the process of formation of the Paleobalkan peoples, their ethnogenesis, and the historical events that have left their imprint, in a sense on the historical evolution of the old Balkans"(Kolaric 1972, 42). Few isolated figures, such as the prehistorians France Stare and Stane Gabrovec and the medievalist Bogo Grafenauer tried and opposed this methodology, aligning themselves with the position of most archaeologists in Western Europe and America (Novakovic and Slapsak 1996, 289).

In Slovenia and Croatia, where the conflict has been less troublesome, there was space for a development of the discipline, and certain positions and approaches have been abandoned; manipulation of the cultural heritage, however, has not. One of the best instruments for the diffusion of state ideology is the symbolism expressed on coins and banknotes: many notes issued by countries all over the world have elements of their cultural heritage as the main topic. The reverse of the 20 kuna banknote, however, looks like an account of Croatian recent history, as well as an act of possession of the elements depicted (Kaiser 1995, 118). In Bosnia and Herzegovina, there is a similar reference to the historical landscape on the Bosnian version of the banknotes, where the typical and widespread stecci (medieval carved tombstones) are represented; in general, the role played by the cultural heritage in this country is still complex, as reflected by the current political and ethnic situation. The case of the multiethnic town of Pocitelj is emblematic: here the restoring of the historical centre, led by the University of York, had to face the attempts to misuse the archaeological excavations undertaken; Christian Croats prevented the reconstruction of a mosque destroyed because it was supposedly to be rebuilt on the site of a Christian church, and any data supporting the Christian origin of the settlement is cause for disputes and provocations (Barakat et al. 2001, 169-173). A more famous reconstruction is that one of the Stari Most (Old Bridge) in Mostar, which was bombed and destroyed for its symbolic value. Perhaps the most meaningful event was the 'discovery' of the pyramids of Visoko, near Sarajevo: here the amateur archaeologist Semir Osmanagic claimed the existence of an ancient great pyramid complex; the ambiguous and manipulated evidence supporting this discovery confirms the scepticism shown by academics, and the whole case seems to be an attempt to create a national monument for the Bosnians and to promote tourism (Hvaal 2009).

The case of Yugoslav ethnicisms represents a major issue in the practice of archaeology, namely in the way archaeologists should deal with politics and society. The search for a neutral approach seems an impossible task; archaeologists are humans and citizens of nation-states, and as such, they derive inferences about the past from their present condition. It remains the problem that even the most professional archaeological interpretation can be manipulated by politics or society, as the Pocitelj case demonstrates; furthermore, in some socio-political contexts, when archaeology develops into a conscious, independent discipline, a loss of interest (and money) from the public and the State is sometimes noticed. As Novakovic and Slapsak (1996, 290) wrote, "archaeology can avoid nationalism, but nationalism cannot do without archaeology", and thus, despite any effort, archaeological work will always be political.