A Review Of The Yorkshire Museum 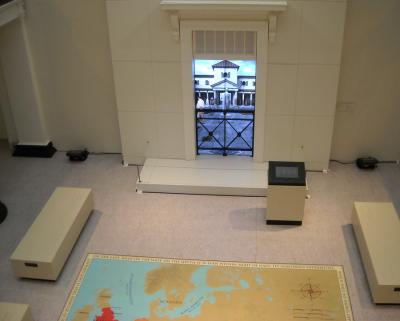 Figure 1. View of the inside of the museum (Photo credit: Author)

As a child I spent a lot of time trawling museums with my parents, being fascinated with everything they contained and often getting annoyed at my siblings disappreciation of them. Yet years later as a third year bioarchaeology undergraduate student I feel my view has become more critical of these places. In this paper I hope to review the newly refurbished Yorkshire Museum through the eyes of that little girl, and give my honest opinion as to the value of this museum as a means of education as well as entertainment. Reopened on the 1st August 2010 after a £2 million refurbishment, the Yorkshire Museum already has at its advantage a beautiful building set in lovely surroundings, plus its location in the centre of York makes it an important tourist attraction. Costing £7 for an adult and free for a child, it is unlikely to not be on the list of places to visit in York. But what does it offer the visitor in terms of educational content and entertainment for all ages?

The most documented periods in York's history via both documents and archaeological excavations are Medieval and Roman. It is indeed true that if you knew little of York's past you would not be in doubt of this fact after visiting the museum. That is to say there are still some elements of prehistory and even a room dedicated to dinosaurs. In this way although to me the focus on Medieval and Roman York is not favourable it is somewhat inevitable due to the amount of recoverable artefacts from these periods and the familiarity with them even outside York. All displays are reasonably well labelled, but for the archaeology enthusiast who wishes to read plenty of signs giving detail they may be somewhat disappointed. There are areas in which the labelling and documenting alongside the artefacts is achieved well, for example in the first room there are some small cabinets to the outer edges, which instead of just listing what the artefacts are and where they were found, put the artefacts themselves into a sort of context. This type of information is somewhat aimed more at adults and its presence is important, yet at some points displays lacked any real grouping or did not have labels for individual items at all. Although now having been open for approximately three months, it is still possible that there was not time for aspects such as these before the agreed opening day and we may see remedies to some of these in the future. Something I feel would have aided the educational element of the museum is guides or people in the different rooms giving information. Although this is a personal preference and sometimes people do not wish to listen to such informers, I feel that the choice should have been made available.

As well as representing a fun day out for the family, the Yorkshire Museum seems to cater for a more professional group, thus proving its knowledge and input into the research it actively displays. For example, a rather sophisticated reading room is located on the floor named the 'Learning Level' and a library open upon appointment. Another important factor is the last element of the museum, assuming everyone takes the basic route I did, a corridor concerned with endangered species today and what the future of our ecosystems are. Many cynics as to the importance of history and archaeology today may highlight its influence as solely the past, that it has no real meaning today, yet this display helps show its importance to the general public and allows them to become grounded in the present after going through a potentially fairytale style journey of the past around the museum. What information is contained within the four walls of the Yorkshire Museum is also made interactive to all. For example, there are maps of York with movable points, interactive screens, boxes with specimens contained and more entertainment based ideas, such as children's play areas and scales to see how much you weigh compared to different dinosaurs. Much of this although a novelty and unlikely to bring back visitors time after time does help make the tourist's visit one of both education and fun.

Whether people agree or not museums are meant to be entertaining places. The purpose of them is to open the world of history and archaeology to the general public. They are similar to documentaries in that they are a media by which people can feel they are part of their own past and part of the research that is unearthing such interesting and debatable 'facts'. They are meant to be accessible to everyone. I feel that the Yorkshire Museum does achieve this. In some very subtle ways it brings the past to life for its audience. This is evident when first entering the museum as you are faced with an area representing a sort of roman forum. Large white slabs with Latin engravings are strategically placed so that visitors can sit and listen to the real life films of actors dressed in roman wear. These types of films are often seen in modern museums, for example, the castle museum, also in York. The idea of bringing the past to life in this way is a clever one and I am sure particularly kids will appreciate this simple form of interaction. Yet there is a definite element of cheesiness behind it and in this way I believe it is a technique that will not necessarily appeal to adults but they will withstand for the sake of the attraction it holds for children. There are similar techniques used to appeal to the younger visitors, such as a small area in which children may dress up in complete roman wear and 'missions' that can be completed around certain areas of the museum. 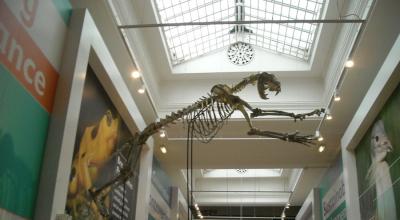 Although so far this review may imply that children are more than catered for and this is the primary audience, the Yorkshire museum has not stopped in at least attempting to keep the adults also captivated. The most interesting display for myself was one showing skulls from Roman York. With a strong emphasise in my degree on osteology and biomolecular methods my eyes were automatically drawn to the wall containing 5 skulls. Yet more than just skulls this wall contained a real human face behind each specimen. This is a powerful and important empathic technique, as it makes the skulls quickly become to us real people, an idea which is often missing in these museums and in archaeology itself.

This paper has aimed to give a review of the Yorkshire Museum and its educational and entertainment value to those tourists and Yorkshire residents alike that may enter its walls. I have chosen to focus on the best elements of the museum and the way in which it succeeds, while still mentioning its downfalls. The Yorkshire Museum is an affordable day out for any group, but similar to many tourist attractions it is more aimed towards children. This being said I do not doubt there is plenty of information, displays and even fun and games to keep the whole family enthralled. This does not render it a flawless museum, or even the best one I have seen, but if we see museums as a medium by which to inform and interest the general public in our past then the Yorkshire Museum is achieving just that.