Archaeology and Text: Deciphering The Myth

Archaeology remains subservient to, and parasitic upon, history

After being an archaeology student for two years now, I can quite safely say I have learnt three things: Firstly, you must NEVER like theory, or admit to even understanding it until you reach MA level at the very least. Secondly, all prehistoric archaeology students see themselves as the true archaeologists as everyone else cheats with text. Lastly, and most severe of all, archaeologists cannot abide historians. So this made me wonder, where does this leave me, historical archaeologist and worse of all, buildings enthusiast? After wading through a sea of theory, searching Hodder, Johnson, Trigger and other infamous names from the second term of first year I have reached a startling conclusion...

There is such a thing as historical archaeology; it is not a myth, yes it is different from history, and no, we do not cheat.

First, to understand the long assumed relationship between history and archaeology, we must return to Hawkes ladder of influence;

The view at this time was that archaeology could only inform scholars about basic production and consumption activities. The more complex forms of research such as societies 'super structure'was out of reach, and only accessible to historians (Binford 1972, 94). This view is apparently widely accepted by archaeological historians according to Moreland, and this Hawkesian style relationship is apparently transferable to real life (2003, 13). It is certainly true that in the past, history has indeed hindered the progress of historical archaeology. But do archaeologists today need to enforce this ladder of influence? Surely this way of thinking is now long out of date? It may indeed be true that the textual evidence from early medieval periods (in this article, early medieval is that from 500AD - 1000AD) is scarce, but the knowledge that is lacking from text can be filled by the archaeology. Archaeology of the historic past can yield information that textual documents can overlook (Renfrew and Bahn 2008, 140). Not just because the poorer members of society were not worth recording, but because some aspects of life, rich or poor, did not seem important to the textual record.

The idea that archaeology could never substantially address 'many of the fundamental questions about the past', for example, law, politics or hierarchy (Lloyd 1986, 42) is easily disproved by many case studies from excavations and archaeological survey. For example, landscape surveys of prehistoric Wessex can reveal the social organisation of the use of the landscape, and thus provide new theories of how society was organised. Parker Pearson asserts that the landscape, through archaeological analysis, can be clearly divided into the domain of the living (near Durrington Wells), the domain of the dead (the area to the west of Stonehenge following the Cursus monument), and the area in between (marked by Stonehenge) (Renfrew and Bahn 2008, 205). This interpretation obviously displays a need for a social hierarchy, social organisation and man power. The estimated work hours to construct Stonehenge, according to Renfrew and Bahn are approximately 30,000,000 hours (ibid). This archaeological study shows that text is not always needed to study the elite, and the social structure and relations of a society. Renfrew and Bahn also correctly state that the lines between history, archaeology and prehistory should not be too sharp (2003, 139). They put forward an interesting argument, which asserts that differences between writing and communication is not always clear. Text is one of many forms of communication, others being pictures, numbers and symbols (ibid). Early prehistoric humans perhaps used rock art as a form of communication. Even though their precise meaning cannot be ascertained, who are we to discard this valid and important form of communication, as archaeologists regularly discard text? It is perhaps time that historians and prehistorians breached this fine line and shared evaluative and research tools, thus broadening our understanding of the historic and prehistoric past. 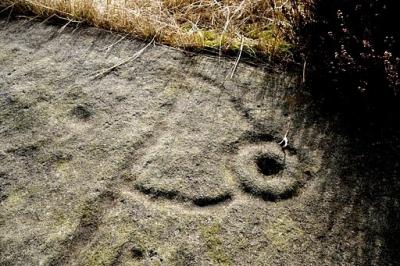 Figure 1. Rock Art - A Form of Communication that should be dismissed as text often is? (Photo credit: Trustram Eve, 2009)

Another example of the usefulness of archaeology in studying the past comes from the study of early medieval towns. There have been a number of theories explaining the need for towns in the period during, and after that known commonly as the dark ages. Urbanism has been defined and studied by not only archaeologists and historians - the sociology and geography (location choice, communication and models of centrality) has also been looked at. Historians displayed interest in urbanism from the 1880's onwards, inspired by the rise of modern cities, especially in America. There was however, a tendency to focus research on legal history. This was because law was seen as the foundation of a society, therefore non-documentary evidence was considered irrelevant. As the history of urbanism moved into the 20th century, the focus changed to defining urbanism as social formation. Even though this was certainly a step forward, this method of research still focused on the elite, and assumes that it is those who control. Rollason's (1998) compilations of written evidence from early medieval York, although an invaluable resource, hint only at the roles of the elite. The texts suggest that these wics were set up by the elite. For example, a letter from Pope Gregory the Great to Augustine (Rollason 1998, 46), although interesting in establishing when the town was officially a town, does not tell us if it was an urban centre at the time the letter was written; trade and displacement could still have taken place. No research was undertaken into the 'peasants' of a town, as they were not considered to be of use - it was the elite who made and shaped to town. The arrival of archaeology though, has changed this considerably. The contributions that archaeology has made to the study of early medieval towns cannot be listed in one sentence, or even in one paper. Our knowledge on the function of these towns or emporia have improved significantly- these settlements were used as bases for the displacement of goods, through local trade and the wider world, be it the elite giving gifts to secure political ties, or trade to get goods not available in that particular area. Any archaeology student from York for instance, will be familiar with Coppergate and more recently Hungate. The break-through first came in the 1960's when Biddle excavated Winchester, and focused on establishing a dated sequence of events of the urban development of the town. This was comparable to the political history that had been researched already. This groundbreaking research paved the way for early medieval archaeology today, and has shaped and changed our understanding of this period, providing us with more knowledge then we could ever hope to gain from textual evidence alone.

Another form of settlement that can be used as an example is that of the deserted medieval village. Up until recently, it has remained a romanticised and over simplified part of history, due to the reliance on the historical record. Defined by Beresford as a community that once existed, but now only has at most, a manor, farm or church (1987, 21), deserted medieval villages, for most people, portray the image of a sudden abandonment due to something unexpected, most commonly the Black Death. This is what tax records from the time have led us to believe. In Leicestershire for instance, of 62 deserted villages, 37 have poll-tax records surviving (Beresford and Hurst 1971, 8) which tell us about the apparent 'sudden desertions' of these settlements. The hamlet of Armstalls (Oxfordshire), formally Hamstall for instance, was taxed with the nearby village of South Leigh. In 1389, it had three tenants; in 1467 only one remained. The period is only 78 years, but the village has significantly decreased in size (Allison et al 1965, 42). Beresford correctly argues that the Black Death did not cause the desertion of villages as historians so often like to suggest, and goes on to say that historians tend to find a 'catastrophe'(1987, 159). This is true, that people in general say that the Black Death caused the desertion of villages, when there is evidence to the contrary; for example, people may have moved due to crop failure, poor soil, or continuous bad weather (Beresford 1987, 139). This evidence can be obtained through archaeological excavation and research; for example, environmental archaeology can determine how crops were doing in examples taken from various contexts. This can be aided by historical evidence, as there are often records of continuous bad weather or significant events which can cause people to "desert" a settlement. This requires historians and archaeologists to work hand in hand, and not criticise the other's methods. Some articles on deserted medieval settlements such as Beere (Jope and Threlfall, 1958) however, admirably use both historical and archaeological records accurately and fully, thus gaining a fuller picture of the history of the site. Why then, can't all historians and archaeologists do this, and overcome their prejudices about a valid form of research (historical archaeology) that has provided answers to many unsolved problems?

Historical archaeology then, is not, 'subservient to, and parasitic upon, history'(Moreland 2003, 103). Archaeology is a research subject in its own right. The evidence collected by countless amounts of excavations has undoubtedly proved that archaeology has contributed hugely to our understanding of the past. However, it is important to strike a balance; archaeology should not be subservient and parasitic (ibid) upon history, but neither should it distance itself completely. There needs to be an ideal balance between the two, where information is shared and compared in order to gain a better idea the past. Although it is arguable that the debate of the usefulness of archaeology and text is deceased, doubts of the credibility of historical archaeologists are still ever present in certain circles of history and archaeology. It is important, as Moreland correctly identifies, that scholars in both the history and archaeology fields need to realise that people in the past had a rich material culture as well as textual one (2003, 119). Those scholars who see text as factual are severely limited in the evidence they can produce. Archaeology must now be taken seriously from a historical perspective - it has gone above and beyond proving its worth as an academic subject, and has provided invaluable evidence in numerous research projects of numerous periods in the historical period. Historical archaeology is finally, and deservedly, being treated as a valid research subject and as a branch of archaeology in its own right. Better late than never...