The Staffordshire Hoard: a bounty of the kings?

The Staffordshire hoard is the largest collection of Anglo-Saxon gold and silver found to date. Officially it has been declared treasure, and museums are currently in the process of deciding whether to bid for the items. It was found by metal detectorist Terry Herbert on July 5th 2009 who, after unearthing a few items and several earthen lumps that he resisted the urge to open himself, contacted the archaeologists. While it may be easy to condemn the amateur metal detector community from a professional standpoint, it is important to realise that these items had entered the plough soil after particularly deep ploughing. This dredged the items up, allowing for their location and removal. Had the items remains unploughed, they would have been "atomised", as Dr. Kevin Leahy, Finds Adviser for the Portable Antiquities Scheme points out.

This collection is special; it has captured imaginations and hears and brought tears to eyes. After witnessing the collection personally, it is certainly a sight to behold. The physical splendour of these items is only the tip of the proverbial iceberg. It is the significance of these items that this article hopes to address. The hoard itself has been quoted as being more significant that Sutton Hoo as far as our understanding of Anglo-Saxons goes, in particular their crafts and the metalwork they were capable of producing. The hoard consists of well in excess of 1,500 objects. Interestingly, none of the artefacts are thought to be feminine in their function. Rather, they are all associated with masculine uses. For example, there is an excessive amount of sword fittings, including 84 pommels and 135 hilt plates. Most of these are constructed from gold and are either worked with a filigree design or are inlaid with deep red garnets in the cellular jewellery style that would have been the utmost skill of the Anglo-Saxon craft.

What does this mean? Many of the items show signs that they have been torn from where they were mounted; rivets and pins on the sword hilts are still bent from where they were once attached. This damage does not seem malicious though, many of the items such as the gold cross and Latin inscribed strip would have been utterly destroyed had this been the case. The damage seems to have been incurred as the pieces were removed by force from their mounting, probably in looting after a battle. It would seem that these items were coveted and kept after the conflict, rather than being destroyed for ritual reasons. This does not of course rule out that they were not buried as some form of votive offering, merely that they were not destroyed totally for this purpose. Instead, it seems that damaged items like the cross were bent to allow ease of carrying.

This does seem relevant. The horde is located in the heart of Mercia and with estimations placing the items in or around the 7th century. This was period of quite aggressive expansionist rule by the Kings Penda, Wulfhere and Aethelred, so the military horde should come as little surprise. Perhaps this "treasure" as the popular media calls it was indeed the personal horde of one of these illustrious Kings, perhaps buried to protect it from the grasps of others and never retrieved. Other manifold theories have been offered that are too verbose and complex to discuss here, needless to say that this is a recent discovery and information goes out of date very fast. It is certainly one that I for one shall enjoy keeping up to date with. The story is constantly evolving, the interpretation constantly forming out of the mists of history and the ideas of what these items represented and to whom they once belonged remained an enigma that many will work to crack. It remains to be seen how much they will sell for, or where they will finally end up resting. Whoever has the biggest bid, it is my firm belief that such items and the impact they have made on our understanding of Anglo-Saxons along with the potential understanding they have yet to give is, and always will be, without a value that we can place on it. ## References: 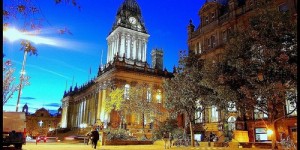