A Review of the Public Launch of PALAEO 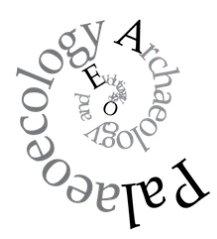 PALAEO is not new. As explained by the chair, Prof. Matthew Collins, in his introduction to the series, PALAEO actually began in 2007 as a Marie Curie training site comprising of doctorate students from Archaeology and the Anatomy section of the Hull York Medical School. Today there are also contributions from the Departments of Biology, Chemistry, Environment, History, Psychology and Sociology, allowing the research objectives to greatly expand. Together, they cover many aspects of human palaeoecology and evolutionary origins, from landscapes, climate change and biodiversity to health, disease, early hominin diets and cognition.

Because of the interdisciplinary nature of the group, its public launch covered an interesting range of topics, divided according to the different research themes of the group. The first four talks discussed different aspects of 'Palaeo-landscape and Climate Change', using anthropological, chemical, geological and archaeological lines of enquiry converged to provide a holistic overview.

Chris Stringer gave a well-informed impression of the climatic and adaptive influences on our ancestors' arrival to and departure from Britain, in the context of the many ice ages and interglacial periods that occurred throughout most of the Pleistocene. Faunal and lithic evidence of tool use and subsistence activities from sites such as Swanscombe and Boxgrove were compared with analysed changes in geology and the environment of natural barriers (such as the creation of the English Channel) and corridors (the appearance and disappearance of Doggerland) to give a succinct and thoroughly interesting interpretation of life for some of Britain's earliest settlers (Stringer, 2011).

Kirsty Penkman's talk on her use of amino acid racemisation to date organic archaeological material beyond the limits of time in which radiocarbon dating can achieve was enlightening, especially as it highlighted the almost inconceivably large scale of time that makes the Palaeolithic. Penkman's research proves to be really exciting as it offers the possibility of a better understanding into the sequence of different populations arriving at certain locations and the length of their exploitation of natural resources — the kind of questions that Stringer acknowledged need further investigation (Penkman, 2011).

Continuing Stringer's discussion of the effects underlying typography may have once had on the movement and settlement of hominins, Geoff Bailey gave an informative overview of his current work in East Africa and around the Red Sea to identify possible locations of such agency. From the hospitable nature of the East African Rift to the once narrower and hence easier to cross Red Sea, Bailey supported these topical and somewhat disputed ideas of our ancestors' beginnings in and departure from Africa with evidence from acoustic survey and field walking in current and prehistoric coastlines. It was clear from his talk that much more can be available to discuss from the findings of further hydrological surveys as an understanding of a population's environment can aid our interpretation of the behavioural systems reflected in response to those environments (Bailey, 2011).

Nicky Milner gave her interpretation of the environmental effects on early human activity, not in a geographically large-scale but in a small-scale, focusing on her work at Star Carr. It is the extent of organic preservation at Star Carr that makes the site so well known in the archaeological community, though it was enlightening to learn of the equal abundance of applications these remains are used for. Assessing fluctuations in local climate by oxygen isotope analysis between strata, identifying the nature of the local environment through pollen cores, and inferring the societal significance of the extent and spread of worked faunal remains form just a small part of the current review of the sites place in Mesolithic Britain (Milner, 2011).

The next two talks summarised the increasing contribution from genetics on the understanding of our origins as a species. The first talk in this 'Palaeoecology and Biodiversity' section was given by Jean-Jacques Hublin. We all have different ideas of what makes us human, but not many of us would consider it to be the Neanderthals. By analysing clustered similarities in DNA profile of modern populations and the comparative skeletal maturation in Neanderthals and Homo sapiens, Hublin has put established beliefs of our distinctiveness from Neanderthals under question. It is now considered that modern Europeans and Asians share approximately four percent of their DNA with Neanderthals, whereas African populations do not. Using evidence of genetic hybridisation at key migration gateways, particularly between Africa and Europe and between Asia and Australia, Hublin argues that Neanderthals were not wiped out by the arrival of Homo sapiens in Europe, but that they were absorbed by acculturation. This rapidly growing suggestion poses significant questions regarding the relationship between the two species and whether the Neanderthals have in fact left a legacy on our own identity (Hublin, 2011).

Michi Hofreiter documented the recent analytical developments that have allowed possible much of the research discussed in the preceding talk. Refined PCR has allowed less risk of contamination and greater output and sensitivity in identifying differences in profiles of archaeological DNA. This development has been particularly beneficial to the increasing use of DNA hybridisation capture to evaluate the degree of relatedness between different species, such as between Neanderthals and Homo sapiens, as discussed by Hublin (Hofreiter, 2011).

The third part of talks introduced current psychological and anthropological studies hoping to chart and explain the 'Origins of Human Mind'. Andrew Whiten hopes to suggest how and why early hominins created the first forms of human material culture by studying the cognitive and behavioural characteristics of non-human primates. Depending on the definition used, many non-human primates exhibit a form of culture, and so Whiten explained how he studied different characteristics of culture displayed in chimpanzee behaviour. What he noticed was that these characteristics varied between different groups separated geographically from one another, suggesting that hominoids were capable of developing a material culture through imitation and conformity to social tradition, rather than simply responding to environmental stresses (Whiten, 2011).

Relating the archaeological record to potential cognitive and emotional processes in early hominins is a subject of great interest and difficulty to anthropologists. Penny Spikins explained the advantages pro-social emotions have on evolution and how changes in the nature of material culture can reflect the increase and diversification of such emotions. Pro-social emotions, such as compassion and collaboration, allow predictable changes in the behaviour of individuals allowing their presence to be detected in material culture, such as the sharing of food from multiple origins, and the diversification of activities, and perhaps even faunal evidence of long-term care of physically impaired individuals. These are only inferences and cannot usually be conclusively proven; however, it is necessary that they continue to be taken into account until further evidence may support them (Spikins, 2011).

Another interesting talk on the study of developments in early human cognition and associated behaviour was given by Katie Slocombe. Like Whiten, Slocombe discussed the value of studying non-human primates in interpreting variability in hominin behaviour - this time the evolution of human language. Observing the apparent specification of vocal calls differentiating high and low value foods or the type of imminent predation has allowed Slocombe to consider that all apes, perhaps including early humans, developed language for functionally referential calls with meaningful content. This opens up further questions such as which species were able to specify an audience of vocal communication and use language as a social function. It also asks why hominins developed a more complex language system than other apes (Slocombe, 2011).

The fourth and final part to the afternoon talks focused on the 'Origins and Evolution of Hominin Diets' from botanical, morphological and biomolecular perspectives. Martin Jones discussed the potential reasons for why hominins consumed such a large number of plant species while only a few made up the majority of their diet (grasses, wheat, rice and maize). The reasons for the knowledgeable use of inedible plants and the possible changes in functionality of certain foods were discussed, relating to the contrasting archaeological records in northern and southern Eurasia (Jones, 2011).

Paul O'Higgins gave a convincing argument for the ability to suggest some of the general behaviours of hominins through the analysis of their morphologically functional ability. This applies particularly well to the study of feeding where computer modelling of skulls can estimate the digestive ability of different hominins to infer the type of diet they relied on. This brings us closer to understanding whether a change in diet was the main contribution towards our development as a species and also how our ancestors accessed and treated food. Recent revision of the famous Nut Cracker Man's diet highlights the importance of using more methods to interpret diet, of which O'Higgins' research should hopefully play an important part in the future (O'Higgins, 2011).

Oliver Craig concluded the afternoon talks with his interpretation of the exciting prospects analysis of lipid residues on early pottery is having on our appreciation of the variable development of agriculture, the continued use of pre-farming subsistence activities and the interplay between environment and diet throughout the world. The use of gas chromatography and mass spectrometry is of enormous benefit to our understanding of the food preferences of people during the advent of agriculture. Being able to tell whether people predominately lived off terrestrial mammals, marine or saltwater fish not only informs us of their behaviour but also how a transition from hunting and gathering to agriculture occurred, where and how rapidly (Craig, 2011). 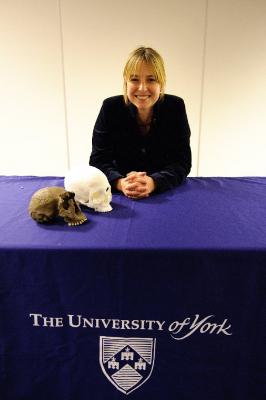 In the evening, Alice Roberts gave PALAEO's first public lecture on the 'Origins of Us' — an overview of the evidence of changing ecology and cognitive behaviour of our ancestors through the variation in anatomy between each subsequent species of hominin. The essential point made by Roberts was that when we look at differences between hominin species they are not absolute differences but differences by degree, suggesting that our evolution was not sudden but subtle, working in different areas of humanity at different times. Charting what we believe to be our evolutionary path, Roberts explained some of the key questions and answers that can be found in the osteoarchaeological record, including why our teeth progressively shrank in size, why our feet and spines became curved and springy, and what our changing waists and bottoms had to do with the coinciding arrival of stone tools associated with meat processing. It is always fascinating how we can infer such significant changes in our ancestors' lifestyles from minute anatomical differences and Roberts was certainly successful in expressing this. This was balanced by awareness that our evolutionary origins are often over-simplified and that it is only by integrating multiple lines of enquiry that inferences can be made more objectively and holistically (Roberts, 2011).

The relevance and interest of the work of these speakers was clear to all those who attended the launch and York is very lucky to have such a well-linked group of academics taking part in cutting-edge research into the palaeoecological, archaeological and evolutionary origins of our species.