This article is the first of a pair (the second to be in Issue 10) considering 2 examples of how the people of York interact with their heritage. Raindale Mill is 'on our doorstep' and The Posthole wishes to draw attention to it and celebrate the successful preservation of this building as well as support its continued preservation and display at the York Castle Museum.

The Phoenix by the River Foss - Raindale Mill

Nestled in a secluded cleft at the foot of Raindale Valley, North York Moors, Raindale Mill once sat. In its current location, on the bank of the Foss, the mill is passed by hundreds every day who are unaware of the journey it has taken to get there. Two hundred years ago, William Sawdon and his family, who lived in the cottage, installed a waterwheel and milling machinery.

Like many North Yorkshire mills, it was small. One pair of stones ground the locally grown wheat, barley and oats. It served the local area with flour and meal, some of which was used to feed livestock.

In 1915, the stream that fed the waterwheel changed course. The mill could no longer generate power to grind the wheat, and it fell into disrepair. It is here, at the death of the mill, that its journey really begins.

Dr. John L Kirk had a passion. He collected ordinary everyday objects, and in 1938, opened the doors of the York Castle Museum in order to preserve and display these objects for future generations. Mr. Boulton was a patient of the doctor and offered him the mill for the grounds of his newly opened museum. Dr. Kirk accepted his offer, and a new chapter in the mill's life sat poised, ready to be written. 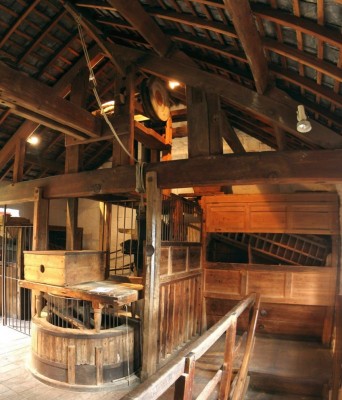 Figure 2: The reconstructed interior of the mill (credit:David Harker)

But like so many other projects begun at the start of the 20th Century, the Great War intervened. Other economic factors and a second World War meant that work did not begin on the relocation of the mill until 1953. By this time, the mill had been sat idle for nearly forty years and many of the mechanisms within the mill had degraded beyond repair. Determination won through. The mill we see today is actually an amalgamation of parts from mills across Yorkshire, a sort of 'Frankenstein's Mill'.

On the 23rd March 1966, the process was finally completed. The mill had risen from the ashes and now sits on the banks of the River Foss. The machinery inside still works and is today worked by volunteers who demonstrate what life would have been like at the mill for the likes of William Sawdon and Henry Boulton and their families.

The museum currently has the support of around 150 volunteers. Many help out with behind-the-scenes curatorial tasks, handling the collections and preserving them for the future in addition to making them ready for display. Others deal with the visitors, going into displays and interacting with the audience, ensuring they handle objects safely, while also giving them added information and answering questions. They bring the past to reality. Without volunteers, the Museum would be unable to run and with this in mind The Posthole urges its local readers to spare an hour or two a week to help keep this fascinating exhibit running.

Fiona Burton, Volunteers Manager at the museum, is looking to expand the project, with the aim of opening the Mill more days a week. It is an interesting exhibit, complete with hands-on displays.

I would like express my thanks to Fiona Burton, Sherri Steel and Martin Watts for their help in producing this article, as well as to Dave Harker for providing the photographs.

If you are interested in offering your time or expertise towards this, or any other York castle Museum project, you can contact Fiona Burton, Volunteers Manager at fiona.burton [at] ymt.org.uk.