I have just completed a BA in Ancient History and Egyptology from University College London. As part of the course, I wrote an undergraduate dissertation of 10,000 words analysing the role of the "First Triumvirate" of Caesar, Pompey and Crassus in Late Roman Republican politics (60-52BC). I studied Aegean and Mesopotamian archaeology in the autumn term, but for the spring term, my studies have focused more upon ancient history. In conjunction with my dissertation, I have studied the "Fall of the Roman Republic", examining Roman political life and society from the Gracchi brothers in the late 2nd century BC to the end of the Republic to examine the legacy of Julius Caesar into the end of the 1st century BC. This involved traditional historical documents such as the works of Cicero, Plutarch, Appian and Caesar himself, amongst others, but there was also an archaeological aspect, particularly when investigating Roman demography and land use on the Italian mainland.

My studies of the Roman Republic were supplemented by a survey course of the Seleucid Empire. This was interesting and rather enlightening to a period of Near Eastern history that I was peripherally aware of but had never examined in any depth. Even those who have little or no interest in history and archaeology will have heard of Alexander the Great, but far fewer have heard of, or studied, the successor kingdoms to his empire. This course complemented the historical and archaeological studies I had undertaken as part of my degree, covering the history of the Near East from 3300BC-612BC. The evidence for the Seleucids is somewhat sparse compared to other contemporary states, but the studies included perhaps a wider variety of sources: Babylonian texts such as astronomical diaries and chronicles, epigraphical evidence from Asia Minor as well as work from Diodorus and Appian. The course also included an archaeological angle, particularly settlement archaeology for some of the main Seleucid cities such as Seleucia-on-the-Tigris, Antioch-on-the-Orontes, as well as pre-existing cities of Babylon and Susa and finally fortifications and settlements on the borders of the empire, particularly in Asia Minor.

Since completing the BA Ancient History and Egyptology, I have decided to take a break from university studies. However, in the future I am intending to do a Masters course in Ancient History, possibly with a focus on Ancient Rome with Archaeology modules to supplement. Currently I am looking at a variety of opportunities to further my interests in history and archaeology as well as in sports and current affairs, hopefully leading to a career in journalism, media or PR work.

I'd like to take this opportunity to thank the fellow staff on The Post Hole for all their hard work, especially during what is for many, a crucial time in the final year of their undergraduate degree and for selecting a piece of my work to be published in the journal. I wish the new team the best of luck and congratulations upon the nomination for the British Archaeological Awards for Best Public Presentation of Archaeology; it is a fantastic achievement for a student-run journal to make the final three on the shortlist! 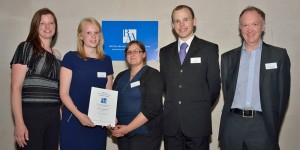