There is much to discuss when considering a review on what is one of the biggest conferences in the archaeological calendar. The Theoretical Archaeology Group (TAG) annual soirée, this year held at the University of Liverpool, designed to encourage discussion and debate around the key areas of archaeological theory, is one of the most unique events that we, as University of York archaeology students, have ever had the fortune to visit. If for no other reason than the opportunity to listen to eminent professors who have changed the way we view the discipline of archaeology, then go and dance with full gusto to the dulcet tones of 80s pop stars.

There is not enough space in this review to write a full commentary on the entire conference, in part due to the fact we could not attend every event. As such, this article is intended to showcase a series of highlights from the conference, as well provide overall impressions of this enigmatic three day conference.

The first evening of TAG is always reserved for TAGs keynote speech, which seems a good enough place to begin this review. This year’s keynote speech was performed by Liverpool alumni Shahina Farid, giving us the inside view on Ian Hodder’s brand of Post-Processualism, put into practice at the world famous archaeological site of Çatalhöyük. Given our person criticism that much of archaeological theory fails to keep itself in check and forgets that it has to be put into practice in the real word, hearing the difficulties accounted by the vast team that work on Çatalhöyük annually was a fascinating insight. Hodder’s 12 point plan for reflexive archaeology (Hodder 2000) has been implemented since its publication in an attempt to formalise the reflexive process. 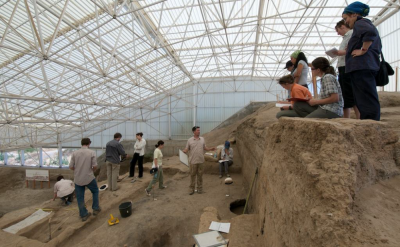 While this is not the arena to discuss Hodder’s ideas in detail, Farid’s insights into the excavation, which prior to leaving earlier this year she had been a part of for over a decade, highlighted the tensions created by an increased workload placed on this 200+ team. Part of this was to ensure that field diaries were created, and the added strain of these diaries being available for everyone as well as the inclusion of full site tours (taking up to 3 hours) that were regularly run and attended by both excavators and lab specialists alike (Figure 1). Farid’s talk presented what was a unique insight into the only archaeological site practicing reflexive archaeology on this scale, and gave a fascinating window into what happens in archaeology when theory is placed directly into practice.

The second morning saw the start of one of our favourite sessions of the conference, that of ‘Disability in archaeology’. This session aimed to broaden not only our understanding of disability in the past, but also the way in which we can use archaeology today as a tool for recovery for those with a disability. The Digability team from the Workers Educational Association (WEA), gave one of the most enlightening talks of the session, outlining recent projects to provide people with disabilities opportunities to work on excavations (Digability 2013).

Beyond the direct positive impact that this project is having on the lives of the 74 individuals that are working with the WEA, the team highlighted the potential theoretical implications of this project. For approximately every £1 spent by the WEA team on this project, to achieve the same results in levels of support, approximately £8 would have been required by the ‘traditional’ support structures. In a time when financial support in archaeology is limited, projects which show the value of archaeology as a tool for recovery open up the potential for using archaeology in new ways, showing that excavation is not only a method of teaching us about the past, but a method for rehabilitation and development for a large spectrum of people (Figure 2). 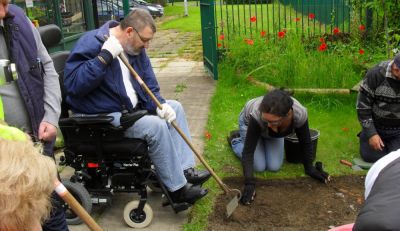 We move away from community archaeology now and deeper into the realms of archaeological theory. Rob Wiseman’s workshop on metaphors in archaeology was one of the sessions that reminded us of the true value of TAG, exploring entirely new ways of understanding the past. This workshop explored the way in which modern populations across language barriers inherently use metaphors to help explain more complex concepts with simpler ones. Simple metaphors such as cash flow problems, and sunlight flooding in and immersing ourselves in ideas, crop up on a regular basis; and, according to Wiseman, can be used to help us understand why structures were constructed in the past. It has been suggested that structures and objects are created to embody a metaphor, and as such, important features as part of that metaphor will be exaggerated.

The worked example that we considered within the workshop is that of Neolithic circle structures (example, Figure 3). By identifying physical attributes of Neolithic circles in regards to their place in the landscape, the experience of use, the shape and construction can be compared. By taking these attributes and considering their sources within the Neolithic world, we are able to identify possible sources of inspiration for the Neolithic circles, and as such identify reasons for their construction. While those present left feeling that the theory requires refinement, which Wiseman himself has admitted to and is currently in the process of publishing recent findings from the Indonesian island of Sumba, it was a session that successfully made us think about the way linguistics impacts the way we live our lives. 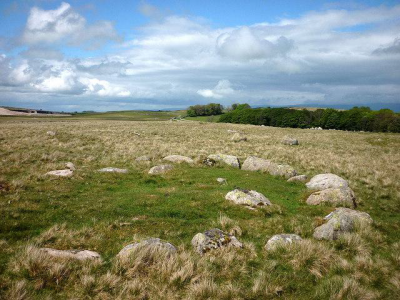 The final presentation that we will consider in this review is that of Katie Hall and Katie Boulden from the University of Cambridge, who presented on the “Reconciling of archaeological data” and the divide between science and archaeology. Whilst this topic can be considered an age old debate since the rise of archaeological science in the 1980s, Hall and Boulden presented a fresh new understanding of it. Much of the divide between archaeological science and a more contextual view can be seen in the divide between the funding bodies that aid these two areas of academic study. The almost unspoken fear that to be considered an archaeologist first who is interested in Science makes you too “artsy” to be considered for scientific funding. To consider the divide as a financial one in contrast to an academic one provides an interesting interpretation as to why in modern archaeology, when the drive for an interdisciplinary subject is so strong, we are still held back from an integrated discipline.

These sessions gave insights and asked questions of some of the most fascinating aspects of archaeology, in a way in which we hope to have relayed to you within this review. TAG is known for sparking debate and asking important questions of the discipline, and is worthy of its role as one of the leading archaeology conferences. Criticisms have been made of TAG concerning the level of theoretical engagement in some talks, and questions asked about the continued evolution of archaeological theory. It is undoubtedly true that TAG is no longer the theory-heavy conference it used to be; it is also true that theory is not evolving as rapidly as it once was, and this shift away from an entirely theoretical view of archaeology is simply TAG keeping in time with the discipline. 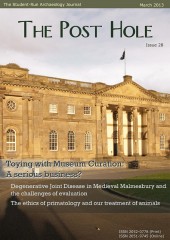 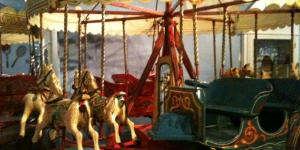 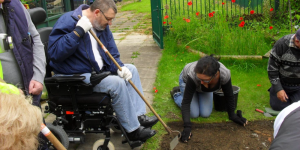 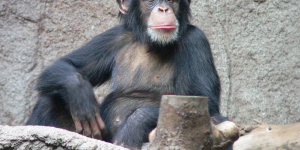 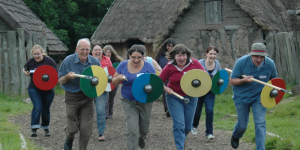 The ethics of primatology and our treatment of animals
Katie Rawlinson