Community Archaeology in the professional realm: the importance of public involvement

When I arrived in York to begin my MA coursework in Field Archaeology, I have to admit I did not expect to focus my studies on community archaeology. Having previously focussed on the Romans, this year was meant to be a means of gaining experience and training in the methodological aspects of archaeology. However, after attending a mini-conference on public archaeology in November 2011, I became fascinated by the involvement of the community in archaeological projects. This newly kindled interest ultimately resulted in a dissertation exploring the ownership of heritage and the value of public archaeology.

Part of attempting to understand the nature of community archaeology involves consideration of the extent to which volunteers should be utilised on site, the influence of archaeological activity on local people’s interest in their own heritage, and possible tensions that might arise between the volunteers and locals. I devised a two-week geophysical survey in the village of Crambe in which volunteers from the York area were asked to help conduct the investigation, analyse the data, and provide interpretations of the results. 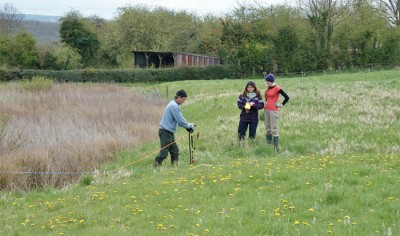 It should be noted when conducting a community project that there are several different methods of approach. In many cases, the inhabitants of an area might present the project, asking archaeologists to provide training or advice regarding the best technique, method or interpretation. On the other hand, many projects consist of a top-down situation in which professionals offer opportunities for the public to connect with the past, including sites studying southwest Native American cultures in Arizona (Evans 1999, 14-15, 19), shipwrecks on the east coast of North America (Robinson and Taylor 2000), and even projects in Hackney which incorporated roughly 700 local volunteers (Simpson and Williams 2008, 76-85). These archaeological investigations all vary in their structure and the degree to which volunteers are involved, demonstrating that community archaeology is frequently, if not always, based on the nature and ultimate purpose of the excavation.

I wanted to examine the abilities of the volunteers (Figure 1), and also observe how the presence of an archaeological investigation affected the locals and their interest in exploring their heritage. It also needed to appeal to both villagers and external volunteers, require no training and be simple enough to complete in two weeks. Taking this all into consideration, I settled on a geophysical survey utilising both magnetometry and resistivity (Figure 2) of Crambe’s town green and invited volunteers from the York area to participate. 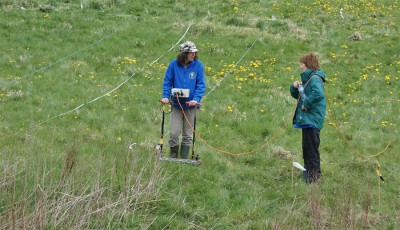 I had never organised a project of this nature and had barely a week’s experience with the equipment, yet here I was, leading a team of volunteers (all older than me) in an attempt to discover any archaeological remains in Crambe’s town green. Needless to say, I was terrified and unsure of what my project would conclude. In actuality, I have had few more enjoyable experiences than those two weeks in Crambe. The volunteers were very efficient and helpful, even though many of them had had no prior experience in geophysical survey. On numerous occasions, the volunteers even helped troubleshoot the malfunctioning equipment and provided useful suggestions regarding methodology. Their interpretations were intelligent, with all volunteers expressing interest at participating in any additional work that might arise in the area. It was therefore clear from my project that volunteers are very valuable on site and can participate in many, if not all, aspects of an archaeological project.

Other community archaeology excavations have observed additional merits in involving the public. Many professional or commercial archaeologists arrive at site, complete the work in a restricted amount of time, and then leave for the next project, often without being able to dedicate much time to truly examining the remains or understanding them in the context of the specific location. Members of the community frequently have more time to conduct the work and will often possess more knowledge about the area in study, as they live in the locality. This ability to specialise and dedicate worthwhile amounts of time to researching the geology and history of the area provides a resource which can be utilised by archaeologists, supplementing their work and in the end making their tasks much easier to accomplish (Selkirk 1997, 23).

You might ask yourself why it is, if this is the case, that public archaeology is not as prevalent in contract or academic research. In many situations, it simply is not viable, financially or otherwise, to involve the public in each stage of a project. Training is not always available to those interested in volunteering and archaeologists do not necessarily have enough staff to spare for training and educating the public (cf. Thomas’ study in 2010 on community groups and training). Likewise, there is still a feeling amongst some professionals that archaeologists are the guardians of heritage and should keep volunteers at bay (Evans 1999, 8; Waterton 2003, 12-13, 58; Zielinski 2007, 12, 46-47). It is true that remains must be protected from harmful construction and from disintegration; however, organisations and companies like the York Archaeological Trust are increasingly focussing on community involvement, providing opportunities for the public to dig, clean artefacts, and learn about the past. These projects indicate a desire to give people back their heritage and to allow them to connect hands-on with history, signalling a change in archaeology.

This change in fact highlights another, rather significant merit of community archaeology: its impact on the passion and experience of the public. One of the most prevalent comments made by the volunteers was that their work in Crambe, a village of which none of them were residents, provided a greater connection with both the locality and also the area of York in general (cf. Wolkan 2012). You see, it is not simply a case of allowing extra support, in excavation or in funding, in the completion of a project (English Heritage 2000), nor is public archaeology only a method of bridging the gap between professionals and amateurs. Community archaeology also helps people relate in a much more tangible way to their surroundings, an act which in itself can create a long-lasting and meaningful interest in the past which results in everyone benefitting.

I certainly do not have all the answers regarding community archaeology and public involvement, nor can I provide definitive methods for all projects to incorporate the public, as it depends highly on the nature of the project and its goals. However, my studies at the University of York have demonstrated the necessity of perpetuating the mutually beneficial relationship between the public and professionals; the community’s support and help contribute greatly to the continuation of the field of archaeology, and archaeology stimulates the curiosity of the public and people’s sense of identity, which then perpetuates support of the field. For this reason, it is important to utilise the public’s potential to the fullest and continue to encourage their investment in uncovering the past. After all, it is their past as well. 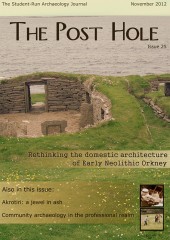 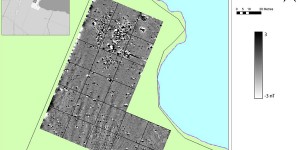 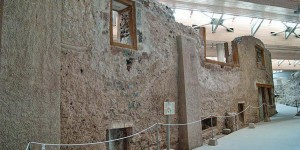 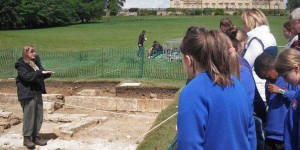 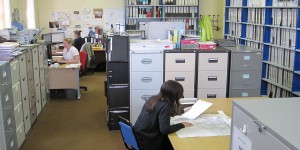