Ben Elliott is a PhD student with a particular interest in Star Carr, antler working and the Mesolithic period in particular. He will be familiar to many from Theory seminars in Year 1.

Khadija McBain - Right so most important question first obviously, which is the best/cheapest pub to go to after lectures/seminars to 'talk' about essays, seminar topic and all that good stuff?

Ben Elliott - Well the cheapest and easiest is undoubtedly The Donkey, although I am not a massive fan of the atmosphere, to be honest; it is a bit too light and the chairs wobble. Lots of people do love the Lamb and Lion, but personally I find it a bit pricey and a faff to find anywhere decent to sit. If you can get in early enough and they have seats, I would have to say that the Guy Fawkes is the best place for thinking, so I think they would get my vote in an ideal world.

KM - Can you tell us about your PhD and what it entails? How are you finding it?

BE - My PhD is looking at the use of antler in the British Mesolithic, and trying to place antler-working practices into the wider context of more general human/deer relations. It has involved visiting museums of all shapes and sizes up and down the country, and using a technique called traceology to identify and record the ways in which Mesolithic antler artefacts have been manufactured. I have had lots of fun, rooting around in museum stores and working with material that is very rarely put on public display due to its fragmentary nature and the general under-representation of the Mesolithic within British museums. It has also involved a bit of international travel, attending conferences in Spain and Holland and also being trained in methods of analysis in Paris.

KM - Why study the Mesolithic? Gordon Childe more or less said there was nothing to report in this period!

BE - Precisely for that reason really! As an undergraduate, I was really excited by the lack of work that had been carried out on the Mesolithic, and felt that it was much more accessible for me because I could make a real contribution to academic thinking through my dissertation. So, in a weird way, the neglect by previous academics actually encouraged me. As I have continued my research though, I think I see the Mesolithic as epitomising many of the challenges that other periods of archaeological enquiry face. I also think that it has a specific relevance to many of the issues that British society is dealing with today. I think of the Mesolithic as a huge challenge in terms of understanding the past, understanding people in the past and communicating that understanding to people in the present, and it is that challenge that motivates me and makes me want to make sense of it.

KM - Fieldwork — are you a lover or a hater, because so many archaeology students are split in their opinion.

KM - So what is going on with Star Car at the moment and what are the long term plans for the site? Are there plans for fieldwork in the 2012?

BE - That is a big question, and not one I am 100% sure I am qualified to answer. There is a definite plan for fieldwork next year, but quite what we end up doing after going through all of the legislative, logistical and bureaucratic procedures needed to dig at the site is anybody's guess. All I can really say is watch this space, and anybody who is interested in the project should keep a close eye on the departmental website for any announcements in the next few months. 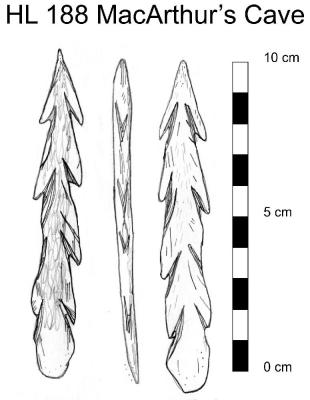 KM - If music was allowed during fieldwork, what would be appropriate?

BE - Something instrumental and electronic — I would go with Bonobo or some of the Blueprint remixes. Something that helps you think, because you need to be thinking when you are digging. Or The Specials, because they are always appropriate.

KM - Why did you choose to pursue a PhD? What experience have you acquired since you started? Where do you see your research heading next?

BE - I chose to apply for a PhD because I really enjoy research and finding stuff out about the past. I thought I had a good question, and that there was a lot of material sat in museum stores that could really tell us something new about the Mesolithic. In terms of experience gained, that is a very difficult thing to quantify and explain. I think I know a lot more about how academia works (or does not work) than when I started, but know very little about the world beyond academia. In terms of the immediate future of my research, I am trying to get my thesis finished and submitted in the next 12 months, and also begin to get some of my findings out to a wider audience through conference presentations and journal publications. I am also very much looking forward to working with the good people of the Star Carr team again in the next few years, who are the best. I hope one day to take my research on people and animal materials further with a post-doc position, but as to when and where that might be I have no idea as yet!

KM - Do you have any advice for students thinking about pursing a PhD? Who are the best people to speak to? Do you think it is ever too early to start thinking about a PhD?

BE - Yeah, I do think that it can be a bit early to start thinking about a PhD — you certainly should not worry about it in the first year of your degree. I starting thinking about one day doing a PhD in my second year, but imagined it might be something I did later on, perhaps after retiring. I spoke to my dissertation supervisor about this and was advised to improve my marks if I wanted to have the opportunity later on in life! It was only during my MA course that I began to seriously consider applying for a PhD. I think my advice to anybody thinking about doing a PhD is to talk to as many informed people as possible about it and get their honest opinions. Work out what it is that you want to do, and where the best opportunities are going to be for you to go and do it. If you are serious about it and have something specific in mind, then it may be worth looking beyond York and that is something that only well-informed advice can really guide you on.

KM - Will ever you get use to being called Dr Elliott?

BE - I will have to finish my thesis first!

KM - How useful do you think ethnography is, especially in regards to the Mesolithic?

BE - Ethnography is really useful, although I think its miss-application in the past has generated all sorts of problems for Mesolithic studies. I think a real, critical distinction needs to be drawn between direct and indirect analogies, and it is always worth thinking about why a particular ethnographically-supported argument is so persuasive. However, I firmly believe that a wider reading of ethnographic research, along with a general interest in the people around us today, leads to a better and more rounded understanding of people in the past. 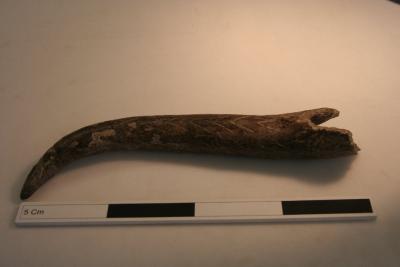 KM - Were gender roles defined at Star Carr? Or do archaeologists still lack enough archaeological material to make these distinctions yet?

BE - I think Star Carr would have been a pretty unusual place if people were not expressing or defining their own genders at the site. Whereas some previous discussions have tried to identify male/female gender divisions within the archaeological record at Star Carr, I am far more interested in the way that animal genders may have been experienced and articulated at the site. I think certainly there are clear differences in the ways that people treat the remains of the three species of deer at Star Carr, and these could very well correspond to different suites of interactions with different species to result in the development and negotiation of separate animal identities.

KM - Now you are a TV star, do you think your appearance on Digging for Britain will continue an open dialogue regarding the question of interactions between humans and animals, not only in the Mesolithic but in other periods as well?

BE - Well I would hope so, but I am not sure that 30 seconds on TV will really achieve that! I think that lots of the questions that I am examining with my research at the moment have further implications for later (and earlier) periods, and I am fascinated by the role that technology can play in mediating and articulating human/animal relationships more generally. However, I think that these discussions will be better fuelled (within the academic community) through publication of my research and sharing my thoughts at conferences.

KM - And finally, are you still eating Danish pastries in lectures?

BE - Compulsively! This interview took place in December 2011. Given the recent news about Star Carr getting a grant of 1.5m Euros, Khadija sent Ben a brief further question...

KM - What does the recent EU grant mean for Star Carr and the research team?

BE - The EU grant is fantastic news for Star Carr, and for Mesolithic studies at York. Not only is it going to mean a new phase in the excavation of the site, but it is also going to allow some of the top researchers in Europe to be based in York and work on the project. This grant can really help to establish York's place as a hub for Mesolithic studies within Britain, and also on a global scale. For more information on Star Carr, visit the official website. http://www.starcarr.com/ 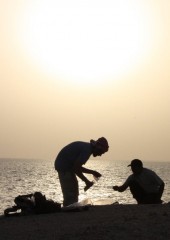