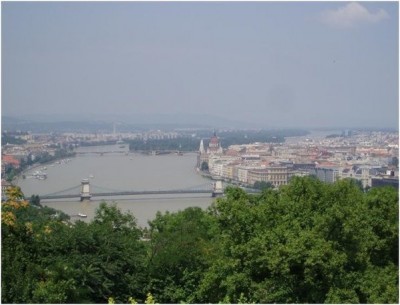 A stunning panoramic view across the city from Gellert Hill (credit: author)

Budapest: two hundred square miles, twenty-three administrative districts, home to three UNESCO World Heritage sites and widely celebrated as a cultural and architectural myriad. But would it meet my high expectations when I visited it over the summer?

As I discovered in July, an odd changeover takes place in the capital of Hungary during the summer months — such is the intensity of the heat that locals move out of the city, leaving tourists to take up residence in various parts of the three cities. These three cities - Buda, Obuda and Pest - unified in 1873 to form Budapest following the construction of the iconic Chain Bridge over the River Danube. Although the site of Budapest has been occupied since the arrival of the Celts there in the third and fourth centuries BC, this unification in 1873 is the event which can really be said to have propelled Budapest into world capital status. Each city provided individual style, flair and character, with Pest most notably contributing commercial flair and providing the bulk of this capital, taking up one third of the Budapest I encountered in July. 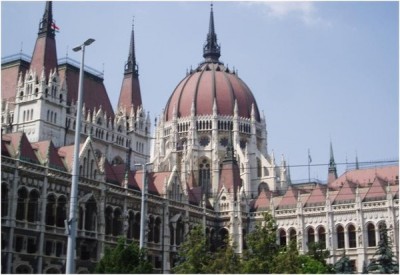 The second largest Houses of Parliment in the world! (credit: author)

Upon emerging from the underground network into the centre, I entered a city which exploded around me in a myriad of styles, colours and time periods. Walking along, I felt as if I was walking through long corridors of history with buildings stretching extravagantly high on either side of me, like columns rising from a temple floor. The Hungarians clearly don't do things by halves — the spaciousness of the city was almost overwhelming and the scale yet intricacy of its design can only be described in superlative terms. The Jewish Synagogue at the heart of Budapest is an excellent example of this: its geometric designs and stunning attention to detail combined with its sheer scale and splendour didn't fail to astound me. The synagogue is not the only monument of architectural genius to astound the tourist however, with the Houses of Parliament towering by the banks of the river. Their sprawling, vast intricacy took my breath away and even from far away the eye is drawn towards them. Their splendour is fitting for the second largest Houses of Parliament in the world, the largest being our own Houses of Parliament in Westminster. 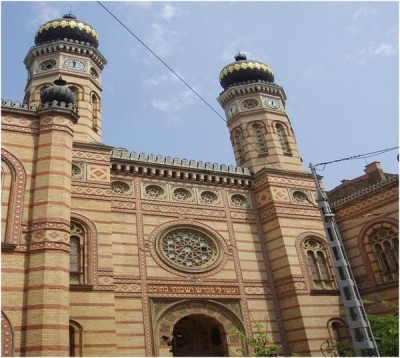 From a city which is effectively all about tourists during the summer months, I expected a brilliant array of things to do and see. I wasn't disappointed! Unlike Mediterranean areas where the inhabitants seem fairly relaxed about their tourist industry, confident in the knowledge that visitors will come in droves every summer for guaranteed sun and beautiful beaches (as I discovered recently), Budapest does not indulge in such complacency. I could barely walk down the road without seeing an advertisement for a local attraction, or being invited to partake of the numerous boat and coach tours that operate around the city. In the short time I had there, a couple of us decided to take a coach tour. We stopped off on the way at art galleries in Heroes' Square, bypassing St. Stephen's Basilica, 'Cinderella's Castle' and the Jewish Synagogue before crossing the River Danube via Chain Bridge, ascending to Gellert Hill. Here on this natural fortification of Budapest we were treated to stunning panoramic views over the three cities before descending to view the delightful and intricate Fishermen's Bastion and Budapest Castle. Hopping onto a boat tour during the afternoon showed us yet another side to the Hungarian capital with a tour guide narrating the history of the city: its rise from the banks of the Danube to one of the most famous and visited cities in the world. Given more time in Budapest, I would love to thoroughly explore the three UNESCO World Heritage sites within the city: the embankments of the River Danube, the Castle District and the Andrassy ut.

Despite the scorching and almost unbearable (to someone who lives in the frozen north!) July temperatures in Budapest, my time there was fantastic: fun; cultural; educational; awe inspiring... For an archaeology student, the city is a bottomless pit of wonders, enough to keep you going back time and time again — I know I will be.

To what extent is the divide between public and private life reflected in evidence for public worship in Roman Italy?
Megan Lewis