Housing the Renaissance Man: An Introduction to Privacy in the Post-Medieval Country House

Books and reading - with the moment of solace they provide - are what I personally think of when I think about privacy. We all have our preconceptions as to the nature and value of privacy and yet if we look back at the development of the word we shall see that it is not as simple a concept as we may think.

The Oxford English Dictionary defines privacy as "the state or condition of being alone, undisturbed, or free from public attention ... a private place; a place of concealment or retreat; a private apartment". I think this is the concept of privacy with which most of us are familiar in our present day lives, but it is worth looking at how this concept has changed over time.

David Austin (1998) has looked into the usage of the words 'privy' and 'private' throughout the historical period and has highlighted the evolution of the word. In Old English there is no word for 'private', with the nearest meaning 'secret' or 'one's own'. Private begins to make an appearance in the late fourteenth century but with a different meaning to our modern sense — as the antonym of 'common' or 'open'. It became popular during the fifteenth century with its rise in legal documents, but it is not until the sixteenth and seventeenth centuries that word 'private' evolved into what we understand it to be today — the opposite of public.

The evolution of this word coincided with an increasing emphasis on the concept of the 'renaissance man' and individuality. As Johnson points out, it is challenging to have a concept of privacy without an emphasis upon the individual (Johnson 2002). As people became more focused upon their individual place in the scheme of things it is argued that their need to find a space where their thoughts would not be interfered with increased. As this need increased, so did the requirement for words to describe this behaviour, aiding the evolution of the meaning of 'privacy'.

The first and most important question is one which I have already mentioned — 'What is Privacy?' As this is a historically specific term it is important to understand its meaning in the period being studied and the connotations attached to it. With any period you need to look at whether there is any real change in the desire for or the definition of privacy. If there is, the causes behind such an alteration must be questioned. What is meant by privacy, and the importance placed upon it, is influenced by a wide range of social, cultural, political, philosophical and religious ideas. Therefore understanding the changes occurring in the society which is being studied is of great importance.

To complicate matters further, the definition, desire and ability to obtain privacy also varied from person to person, especially when gender, age and class are taken into account. A lord and a servant may have had the same desire for privacy, but the ways in which they could achieve this, and their level of success at finding it, differed greatly. Gender also played a huge role in the nature of privacy which a person could have achieved, with male and female 'zones' in a country house being different in nature, and often designed by a male architect or patron. Children would also have experienced a very different side of privacy than the adult members of a country house household, with little to no choice in the locations they spent time in. If these different relations to privacy are not taken into account it is likely that a very one-sided history will be presented, with a large number of people remaining invisible and inaccurate conclusions drawn.

Is it possible to 'see' such an intangible concept from the archaeological, historical and architectural record?

There are many ways in which this could be approached, from looking at the development of particular rooms, to the changing use of traditional rooms. Changes in the plan form and architectural detailing of a country house are likely to develop alongside these changes. 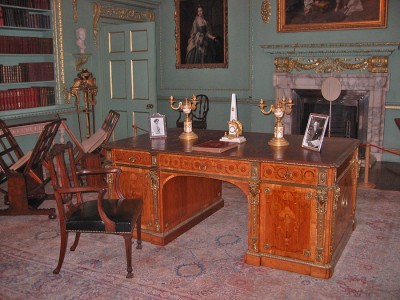 'Private' rooms can be broken down into two subcategories: those in which a person can get privacy and those which facilitate privacy in other rooms. The former includes closets, studies and boudoirs. Such rooms are designed to provide the lord, lady or their guests a level of privacy, in which to read, work, or relax. Rooms which facilitate privacy include corridors and service stairs. These help guarantee that people of different social spheres did not have to interact unexpectedly and kept services hidden from guests. The layout, size and frequency of these different rooms can shed light on the importance placed upon privacy in a particular country house, and can be studied through the plan of the building. As can their relationship with each other and the rest of the house.

However more generic rooms within the country house could also provide a level of privacy, albeit a changing one. The use of chambers, libraries and salons altered throughout this period, and the use of any one room changed depending on the time, season, and the number of guests staying at the house among other things. This changing room use can also shed light on the form of privacy in a country house, but is more complicated to do. Rather than just looking at the changing form of the plan, this involves documentary research, into both intent and reality (if at all possible) as well as looking at the material culture of these rooms.

So, does any material culture link to privacy? If so, what are they? 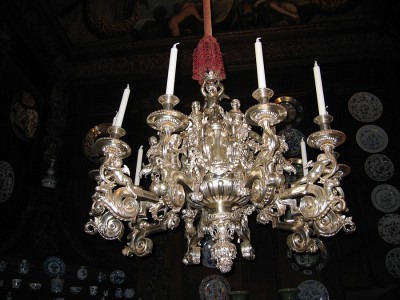 It is likely that certain fittings, fixtures and furniture hold connotations of privacy to each of us: for example, desks, lock-boxes, and beds with curtains. However, there is a far greater set of material culture which relate to privacy; ranging from art and tapestries which encourage a homely, private feel to books, stationary and lighting which can set the tone for work and solitary contemplation within a room. When looking at privacy it is important to look both at the remaining material culture and those recorded in inventories to piece together the set up of the rooms being studied to truly see the level to which a room would have promoted or discouraged privacy.

Hardwick New Hall, in Derbyshire, is one of the famous country houses in England, especially due to notoriety of its creator: Bess of Hardwick. One of the most remarkable things about Hardwick is the survival of the inventories created after Bess's death. These allow us to glance how Hardwick Old Hall, New Hall and Chatsworth were furnished, and what the rooms are referred to as in 1601. Such a glimpse into Bess's life is fascinating and you can tell a huge amount about room use as well as Bess's personal quirks. As Thornton (2001) points out in his commentary on these inventories, Bess obviously felt the cold: her bed being dressed with eight curtains and no less than fourteen blankets. There are sixty-five separate rooms which are covered by the inventory and I don't have the time to go into what each rooms tells us about privacy here. I'm therefore going to focus upon Bess's personal withdrawing room and bedchamber.

Both of these rooms are filled with tapestries decorated with people, forests and Bess's coat of arms, with the withdrawing room being larger and more lavishly decorated. In her bedchamber Bess opted more for comfort than for show with heavy wools being used instead of the more sumptuous velvets and damasks used in other rooms. This suggests that it would only be close, personal guests which were granted an audience here, if any, as there is a limited amount of 'show' in comparison to the more open, state rooms. 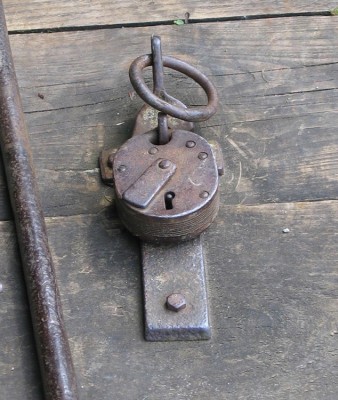 The comparative number of chairs and stools present in each room can also shed light on the differing room use. Bess shared her bedchamber in the New Hall with her granddaughter Arabella. It is therefore not too surprising to find two chairs with matching footstools in her bedchamber. On top of these there are 5 other stools and 4 desks of differing sizes and decoration. In comparison, her withdrawing chamber contained 11 stools as well as 2 chairs for children and three tables. These - plus the more sumptuous furnishings of the withdrawing room - suggest that it was a more public area, allowing room for the entertainment of more people. On the other hand, her bedchamber is likely to have been used as a more private space where Bess and Arabella could carry out their housekeeping and correspondence — Bess was a notorious letter writer keeping in almost daily contact with her steward. While the thick curtains on the beds would have provided a level of personal privacy, this is more the privacy of a bedroom in a hall of residence rather than in a private house: one which is used to provide a level of hospitality as well as a location for sleep. Bess also had the ability to store a lot of personal items and values away from the prying eyes of others in the chest, 5 trunks, a box and 8 coffers in her bedroom.

It is obvious from the material culture that privacy, if defined by the modern idea of 'time on one's own' was very difficult or nigh-on impossible to achieve. However, if we think back to the early modern definition of privacy as the antonym of common or open, privacy was easy to achieve by withdrawing away from the gaze of the household to a more enclosed to which entry was restricted.

Right, I think its now about time to conclude this whistle-stop tour of privacy in the post-medieval country house. We have seen how privacy is a complex, historically specific concept, which only began to take on its modern meaning in the sixteenth and seventeenth centuries. As such the search for the effects of privacy on the material of country houses is a complex one. It must take into account the plan of the building, the material culture (including the building itself and its fixtures and fittings), and a wide array of documentary sources which may shed light on the room use and attitudes towards privacy. Whether we are looking at 'private' rooms or the private use of more generic rooms, we must take into account the differing experiences brought about by class, gender and age. However, I hope this article has shown that it is possible to look at an intangible concept through the material culture of the past; shedding light on an aspect of life which affected the everyday experience of those living and working in a country house.## Bibliography

The Career of Lady Lara Croft: An Expose
James Cameron

A year as a post excavation Research Assistant
Harry Robson