Bog Bodies of Norway: In search Of Nordic Noir

Alphaeus Talks
University of York
at1186 [at] york.ac.uk

Since their discovery in the 17th century, bog bodies have gripped the imagination with their ability to tell fascinating, mysterious and macabre stories of our past, due to their remarkable preserved states (van der Sanden 1996, 19); their skin dyed dark in the peatlands of Northern Europe where the sphagnum moss produces a substance, called sphagnan, which preserves the bodies of the deceased (Asing and Lynnerup 2007, 278). By studying these bodies, archaeologists are provided with insights into people’s lives, including how they died, their appearance, illnesses, environment and diet. Bog bodies have been discovered in many places across Northern Europe, but whether there are any “bog bodies proper” in Norway is a controversial topic. This is largely due to the limited data available from excavation (Nordeide and Thun 2013, 200), as well as lost archived bodies (van der Sanden 1996, 20). Norway’s bog bodies are therefore a mystery which needs further investigation.

The Bog Bodies of Norway

Arguably around fourteen bog bodies have been discovered in Norway, as shown in Figure 1. However, there is a debate about this number, with Turner-Walker and Peacock proposing fifteen (2008, 151), Brothwell and Gill-Robinson only two (2001, 121) and Dieck suggesting ten (Aufdeheide 2010, 176). The bodies have been excavated from eight different sites, of which two are only evidenced in oral tradition (Nordeide 2017). They represent both sexes, a variety of ages and date from 500BC to 550AD (Henriksen and Sylvester 2007). However, arguably none of the bodies so far discovered are “bog bodies proper” (van der Sanden 1996, 85) with the exception of those found in Guddal (Nordeide 2013, 1-6). “Proper” bog bodies are bodies which are preserved with soft tissues, such as skin. The best known examples include Tollund Man and Grauballe Man from Denmark (see Figure 2), where these bodies have been deliberately deposited in a bog context (Asingh and Lynnerup 2007).

Some of the arguments over numbers arise as we cannot correspond today’s map with the past environment (Mitsch and Gosselink 2015, 344-345). Five women were buried in Central Norway in three different sites, but these are only recorded in oral tradition. Out of these five, four were supposedly deposited in swampy water between 30-550AD and the fifth is dated to the Viking Age and buried when the ground was firm, indicative of an ordinary burial. A further two were found in Leinesmyra, north of Trondheim (van der Sanden 1996, 85), just 30cm apart, although they date to two different times (Henriksen and Sylvester 2007, 345-6).

Figure 3: The remains of 4 children from Rogaland (Lillehammer 2001, 49).
Click to enlarge

Figure 4: Clothing materials excavated from the site of Guddal (Nordeide and Thun 2013, 187).

Bog bodies are often associated with mystery and murder, as well as ritual, according to P. V. Glob’s book, The Bog People (1965). Furthermore, at Bø in Rogaland, bog body remains of four children (see Figure 3), have been linked to infanticide, and a contemporary report by Tacitus in 98AD stated that the punishment for infanticide was “drowning in a morass” (Lillehammer 2001, 49;53). At Skjoldehamn, it is suggested that a body, deposited in a bog, was “buried for his evil deeds” (Løvlid 2010), although the fact that the deceased was placed on top of a reindeer hide and covered in birch bark (Nordeide 2013, 4) perhaps indicates that it was just a pre-Christian burial.

Well preserved bodies seem to generate their own mythology. Out of all the so-called bog bodies in Norway, the “Bleivik funnet” in the most well-known. Although the skeleton was incomplete, it nonetheless inspired songs about the body (iamsirious 2014). Bog bodies are also mentioned in Norse sagas (van der Sanden 1996, 71). However, despite the reservations about bog body discoveries in Norway, the site of Guddal in Western Norway (see Figure 4), contains a burial ground which may fit a “bog bodies proper” definition (Nordeide and Thun 2013, 190). This site is yet to have an extensive archaeological survey, but excavations in 1903 revealed a young woman with long red hair and van der Sanden stated that “every detail of the person could be observed” (Nordeide 2013, 1-6).

Why are Norway’s bog bodies so elusive?

Norway has more peatland than Germany and Denmark, the countries with the most bog body discoveries; the second highest percentage of wetlands; and the third most hectares, as shown by Figure 5 (European Environmental Agency 2017). So why are there so few well-preserved bog bodies?

The reasons can be summarised as topography, climate, pH and human factors (Fletcher, A. 2017). Topography affects the number of bog bodies, as human tissue is best preserved in low moors (Aufderheide 2010, 173). On a slope, water does not stay stagnant for enough time to create these bogs (Brothwell and Gill-Robinson 2001, 122), and bogs spread further on flat land than in steeply sided basins (Chapman 2016, 111-2). The topography in Norway is generally more mountainous than the rest of Northern Europe, as shown by Figure 7.

Climatic conditions also affect bog formation, through temperature, wind and precipitation (Lindsay et al., 1988, 29). Bog body preservation requires temperatures between 0 and 4 degrees Celsius (Jeremiah 2014, 58). As shown in Figure 6, Norway has the coldest temperatures, with an average of 1.02 degrees Celsius throughout the year, which would preserve bog bodies. November is the only month with ideal temperatures, with other months being too warm for good preservation, or too cold to allow bodies to be placed in bogs.

Soil bacteria and insects are not good for body preservation and thrive best at neutral pH values, therefore either high or low pH will aid the preservation of bog bodies (Schotsmans et al. 2017, 124). Aufderheide states that the pH in most bogs yielding mummified remains is around 5.5 to 6.5, very slightly acidic (2010, 174). According to a publication produced by The British Museum, the high pH of a site helps with the preservation of soft tissues but is destructive to the calcium in bones, leaving leathered human soft tissue, with little preservation of bones insides (Wills et al. 2015, 56). In the case of Norway, the land has pH values between Denmark and Germany, as shown in Figure 8, so this is not a reason for few bog bodies being found in Norway.

There are several human factors that will also affect the amount and preservation of bog bodies, such as laws, population, ritual, and modern-day human activities, referred to as anthropogenic activities.

Norway is one of the few countries to introduce laws to restrict peat extraction (World Energy Council 2016), since 1949. With fewer hectares of peat being extracted it is possible that there are bog bodies present in the Norwegian peatland, as yet undiscovered. (Fletcher, A. 2017).

It could be that population numbers could affect the number of bog bodies in Norway. In general, most bog bodies are buried around 0 AD in Northern Europe, a time of change towards a more socially organised society (Coles et al. 1999, 7). Norwegian bog bodies have been dated from 500 BC – 500 AD, roughly corresponding to the Iron Age. This may be linked to migrations of Germanic tribes (Stenersen and Libæk 2007, 15-17). As a result of the problems associated with the dating of finds and population records, it is reasonable to speculate that the population may have been small during this period and, as a result, there was less need to bury the dead in liminal places (Nordeide and Thun 2013, 191).

As mentioned earlier, bog bodies are often associated with ritualistic activities. Bodies have been found with multiple injuries. Many of the bodies found in Northern Europe have evidence of strangulation as well as cut marks (Fletcher, J. 2017). There is also evidence to suggest that the victims ate a ceremonial meal before being killed. Green in her book states that this “murder most horrid” was even an act of divine intervention (2001, 16). Seeing as there are few bodies in Norway, it would therefore be suggestive that Norway had a different belief system. Nordeide and Thun associate the discovery of the site in Guddal with divine intervention, since Canon law stated that all people must be buried within a fenced courtyard. The boggy nature of the land used as a church yard at Guddal led to the preservation of the deceased as bog bodies (2013, 3).

Anthropogenic activity is also a great influencer, as van der Sanden writes: “Bog bodies are wonderful finds, but unfortunately they were discovered far too early” (Nordeide 2013, 7). A possible reason for the uncertainty surrounding the number of bog bodies discovered in Norway is due to there being oral or written notes about bodies that were reburied, desiccated, destroyed or lost (Cowie et al. 2011, 1-45); the records of these bodies are therefore inaccessible.

Although the total number of bog bodies in Norway is debatable, it is certainly true that there is a lack of “bog bodies proper”. There are many possible reasons for this, but one thing is for certain: bog bodies will retain their hold on our imagination and continue to fascinate people. The search will go on for these bodies that can tell us tales from the past. When asked if bog bodies in Norway should be studied, H.B. Bjerck, Professor of Archaeology at Bergen, replied “Jeezus…of course” (2017). 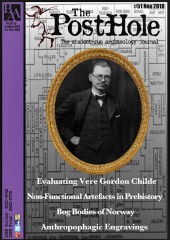 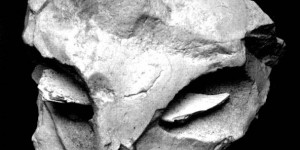 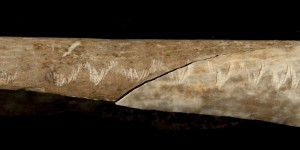