Archaeological Heroes: An evaluation of Flinders Petrie’s contribution to Archaeology

In this essay I will be critically evaluating the contribution of W. M. Flinders Petrie – a renowned British Egyptologist and pioneer of systematic methodology - to the field of archaeology. I will be focusing more specifically on the ways in which general archaeological practice and thought has changed over time in response to his work, along with briefly recognising and highlighting some of the criticism he has faced both posthumously and during his life–looking particularly at the overshadowing of Margaret Murray and her work as an Egyptologist and archaeologist. It can be argued with a considerable amount of support that “the whole attitude towards archaeology has undergone a complete change, due in large measure to the work of Flinders Petrie” (Murray, 1961:9). Some of his most noteworthy contributions include the surveying of prehistoric monuments in order to get a better understanding of their geometry. This led to his accurate survey of Stonehenge at the age of 19, which prompted further work and led to his surveys of the pyramids of Giza. However, Petrie’s most influential contribution to archaeology is perhaps his work with predynastic graves in Diospolis Parva, during which time he pioneered a new method of dating known as contextual seriation, and as a result began to teach archaeologists the importance and general need for context within archaeology to provide meaning and purpose.

W. M. Flinders Petrie is considered by many to be the father of scientific archaeology and is credited with developing a chronology of Ancient Egypt through the use of nondescript artefacts which other archaeologists had previously ignored. Towards the end of the 19th Century, whilst Petrie was in Diospolis Parva in Upper Egypt, he excavated several predynastic graves which could not be stratigraphically linked to each other nor to a historical king list. He desired to put the graves in chronological order and began to construct an inventory of the contents of each grave before grouping them into columns where the greatest number of individual types had the shortest duration. This allowed him to arrive at a sequence of assemblages and thus of graves (Renfrew & Bahn, 1991:126-27). Further work in Egypt has shown that the technique of serial ordering generally does reflect the true chronological sequences of assemblages. This technique is undoubtedly an invaluable methodological development in the field of archaeology, and aspects of it are still used today along with more modern methods of dating.

However, Petrie’s contribution is not limited to methods of dating and the chronology of Ancient Egypt. It can be argued that in recognising that all archaeological material has research potential regardless of their inscriptions or artistic merit, and consequently through his examination of a large range of artefacts to discover the past, that his systematic and scientific approach greatly influenced archaeological practice and thought in the late nineteenth and early twentieth centuries. This stands in contrast to the many ‘archaeologists’ of the period, more appropriately known as antiquarians, who were focused primarily on acquiring attractive artefacts for personal collection rather than pursuing and advancing knowledge.

Alongside contextual seriation, one of Petrie’s greatest contributions is undeniably his “meticulous excavations and insistence on the collection and recording of everything found along with publication” (Renfrew & Bahn, 1991:34), as well as other general works which helped develop archaeology as a distinct practice, opposing the old fashioned idea of antiquarianism. Indeed, Margaret Murray states that the decline of antiquarianism “can be argued to be entirely due to him” (Murray, 1961:10).

Additionally, he stressed the importance of pottery as something more than just a “chronological key” (Petrie, 1904:48), describing it as “the greatest resource of the archaeologist” in addition to being “in every respect the most important material for study” (Petrie, 1904:15) due to the variety of form, texture, decoration and rapid change over time which is easily noticeable even to archaeologists at the beginning of their careers. He also acknowledged that regional differences in tastes meant that pottery, along with other objects of archaeological interest, could be influenced by culture. Furthermore, he saw how foreign imports could be used to link said objects to regions with better dated sequences, which at the time was revolutionary. While highlighting this importance he also noted how form alone was not enough and that the context of artefacts “had to be recorded accurately and intelligently” (Sparks 2013) because this meant that the process of knowing the precise find-spot of an artefact made a division between “plundering and scientific work” (Petrie, 1904:48). This was ultimately the final goal for making his working practices explicit through methodological studies, field reports, publicity material and personal correspondence. To archaeologists, artefacts without context can be extremely problematic. The lack of critical contextual information can often preclude new interpretations, there being no spatially contemporaneous artefacts from which to draw comparison. Furthermore, without context the archaeological evidence regularly becomes less credible. In order for them to have full meaning, “archaeological provenance must be strictly reported…” (Petrie, 1904:145). This would allow the data and information, if shared or published formally, to teach others about the past and ensure that material culture with potential does not go to waste as it did previously, under the methods used by antiquarians. Petrie’s understanding that “every discovery does destroy evidence unless it is intelligently recorded” (Petrie, 1904:48) is a defining moment in archaeology. However, despite Petrie’s recognition of the theoretical importance of all artefacts and his criticism of antiquarians who excavated without adequate recording and publishing, it is, in reality, clear that he commonly collected and kept archaeological material which had little or no provenance.

Although his contributions to archaeological practice and thought have been highly significant and influential, W. M. Flinders Petrie was by no means perfect, nor were his methods and ideas regarding archaeology. This becomes particularly clear in Whitehouse’s paper titled ‘Margaret Murray (1863-1963): Pioneer Egyptologist, Feminist and First Female Archaeology Lecturer’ in which it is competently argued that Margaret Murray does “appear in many histories of archaeology as a mere footnote to Petrie” (Whitehouse, 2013). Despite her many positive contributions to the fields of archaeology and Egyptology in particular, she is often regarded and mentioned as one of Petrie’s assistants and “her work is wrongly overshadowed by that of the ‘great man’” (Whitehouse, 2013). A statement from the paper sums up this criticism: “Flinders Petrie himself, a supporter of eugenics, believed that Egyptian Civilisation could not have been the product of African peoples but was created by a race of intrusive white people – a view that is as clearly discredited as Murray’s witch cult, and arguably more damaging, but which is rarely considered to tarnish Petrie’s reputation” (Whitehouse, 2013).

In conclusion, it is evident that Flinders Petrie, described as an “exceptional archaeologist” (Trigger, 1996:24), contributed massively to archaeological practice and thought, and that this was hugely important and effective in the development of a much more ethical, systematic and scientific approach to the field known as New Archaeology. This is evident in his successful changes to methodology, particularly in recording and the publication of data. This has made archaeology a much more objective and methodical discipline, with the effects of his contribution still being felt to this day. Petrie not only stated, but proved with his efforts that “without the ideal of a solid continuous work, certain, accurate and permanent – archaeology is as futile as any other pursuit” (Petrie, 1904:3). He emphasised that “an excavator must make up his mind to do his work thoroughly and truly, or else to leave it alone for others who will take the trouble which it deserves and requires” (Petrie 1904:8). This work is necessary, in order for us as archaeologists, but also as a society, to develop our understanding about the past, and to use this knowledge to better the future. 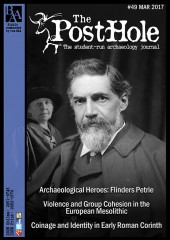 Editorial: ISIS and the Destruction of Culture
Daniel Gronow 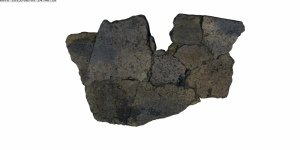 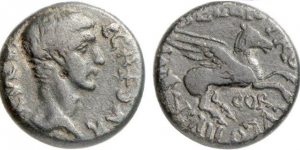 The Greek Past and Roman Present: Coinage and Local Identity in Early Roman Corinth
Sam Heijnen 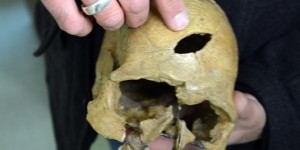 Violence and group cohesion in the European Mesolithic
Alison Waller