The character of archaeology means that we are regularly in contact with fragile, important, and occasionally priceless artefacts. Life is full of accidents and delicate archaeological relics are inevitably susceptible to breakages. This was brought to the public’s attention at the end of January, following the revelation that the beard from Tutankhamun’s death mask had been broken off and regularly repaired with epoxy adhesive. The press quickly capitalised on this conservation blunder. This provide the opportune moment to draw attention to other similar incidents such as the repainting of Ecce Homo, the removal of 15,000 year old cave paintings, presumed to be graffiti, in Mayrieres, south west France and the smashing of three Qing Dynasty Chinese vases after a museum visitor tripped over their shoelaces (c.f. Kingsley 2015, Shute 2015, Thompson 2015). Other examples have gained similar press attention, such as the excavation damage of the putative remains of King Richard III (Mcfarnon 2014) and the accidental killing of the world’s oldest clam when researchers attempted to determine the mollusc’s age – a record breaking 507 years old (Vincent 2013)!

Figure 1. The damage caused by a hasty repair job after the accidental breakage of the beard from King Tutankhamun’s death mask (Bunn 2015).

The point I would like to demonstrate is that it is the nature of archaeology, science and even life, that mistakes will be made, accidents will occur and, naturally, these errors will be more widely publicised than successes. This may be as a result of journalistic strategy and a tendency to run stories which will sell. Perhaps the reluctance to formally report such incidents is due, then, to the fear, embarrassment or apprehension concerning the unprecedented media uproar.

Not reporting these mishaps can mean that careless repair jobs are carried out on culturally important objects which do not do them justice. This appears to be what has happened in King Tut’s case. The hasty restoration job was carried out at Cairo Museum, apparently after the beard was accidentally knocked off as the bulbs in the display cabinet were changed. This was ‘rectified’ through an inadequate restoration using everyday epoxy glue, leaving visual imperfections on the death mask (Fig. 1). The excess dried adhesive was chiselled from the relic, leaving a yellow stained layer under Tutankhamun’s chin. The beard is slightly skewed and gold scratches are observable. But could this have all been avoided?

There seems to be a place for a restoration body, sympathetic to these mishaps, which would, in turn, create a more understanding atmosphere in the international heritage community. There appear to be two main benefits: first, this body could carry out restoration suitably, using appropriate materials, and as such return the objects to their former condition. Secondly, it could make people less reluctant to come forward and report accidental damage. This would again ideally result in more thorough conservation jobs. Of course, this is not to excuse the damage of such precious objects, but instead an acceptance of infrequent mistakes and the importance of being able to then rectify the damage to a high standard.

The Image Competition has now closed, thank you to all the people who entered the competition. The winning image came from Karen Price and is entitled “Those Unknown” and features as the Issue 44 cover art, so, if you have not already, be sure to take a look.

There is still space for articles to feature in Issue 45, please send all articles to Jess Hand at submissions [at] theposthole.org. As well as academics around the world, we welcome articles from all students. It could be a specially written piece for us, or essays you have written as part of your archaeology course. This is a fantastic opportunity to see your name in established journal with a global audience (Fig. 2) as a published undergraduate. So, if you feel passionately about anything linked to archaeology, be it crowd funded excavations or microliths, then please write it down and submit to The Post Hole. We pride ourselves on publishing articles on a diverse range of topics and demographics from students, academics and enthusiastic amateurs; we would love to hear from you!

The first paper to feature in Issue 44 comes from Ella Hierlehy, and concerns the progression of gender theory throughout the twentieth century. Hierlehy presents the developments using three case studies to address the plausibility of gender identifications.

Peruvian mummification developed as different cultures thrived, and Callum Scott examines and compares the practices of three of those cultures (Chinchorro, Paracas and Nascas). Scott focuses on social stratification, decapitation and use of textiles as he compares mummification techniques.

Jessica Hand explores the challenges of studying identity in the archaeological record by considering spatial organisation and material culture as potential methods of doing so. Hand uses archaeological case studies to examine the influence of modern conceptions of identification studies.

The next article comes from one of our regular contributors Arnaud Lambert, who has featured in an impressive six issues! In this piece, Lambert considers the origins and meaning of a sculptural fragment found at the Central Mexican site of Chalcatzingo, making some thoughtful inferences based on style and significance.

Amy Wright, the Design and Creative Content Coordinator for The Post Hole, has organised the Image Competition this year. In this piece Wright showcases some of our favourite entries which we just could not see go unpublished!

As always, I hope the above pieces have inspired some potential writers out there to work on their own piece for The Post Hole. If you are considering publishing your work through us, please look over the guidance for authors which can be found at theposthole.org/authors. We have recently altered the requirements for images used in articles, so be sure to familiarise yourself beforehand

All the best,
Eleanor Green.
Editor-in-Chief
editor [at] theposthole.org 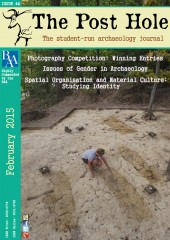 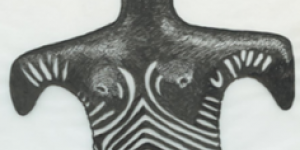 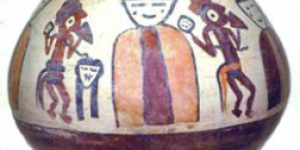 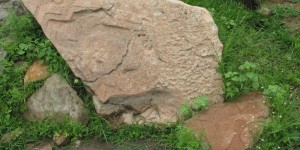 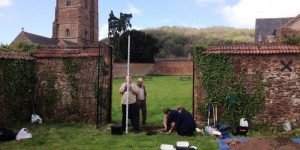