To begin with, I would like to apologise for the delayed release of Issue 43; summative deadlines quickly crept up over the Christmas break and university work has to be the priority – we are students after all!

Having recently bid farewell to 2014, I have been thinking about the many archaeological discoveries of the year, and thought it might be quite apt to discuss one of my favourites. A discovery that really caught my eye was the unearthing of what is presumed to be the world’s oldest cheese, found in the Taklamakan Desert in north-west China. Hundreds of mummies were discovered here in large wooden coffins, sealed by cowhide covers. The dry and salty conditions meant the remains were immaculately preserved (Fig. 1), and on several of the mummies’ chests and necks, yellow clumps were visible. Bioarchaeological proteomic studies revealed the mystery clumps were in fact 3,800 year old cheese. Little is known about ancient dairy farming and food production, so this unique case was an opportunity to combine bioarchaeology, domestication, herd management and cultural studies in order to better our understanding of the dairying practices in Xinjiang, China. The study identified that the cheeses were products of kefir fermentation, a process carried out using microbes including Lactobacillus and Saccharomycetaceae yeasts. The research team made their own batch of kefir and remarkably the bacterial and chemical compositions exactly matched the ancient cheese samples found with the mummies. The strong evidence for the processing of milk using this method helps us to understand why dairy herds were spread widely over Eastern Eurasia, despite the local population’s general intolerances to digesting products containing lactose. Milk consumed in processed forms reduces the lactose intake of an individual, meaning it can be ingested even by those who are lactose intolerant. The original paper was published in The Journal of Archaeological Science and can be found here: http://sciencedirect.com/science/article/pii/S0305440314000466.

The Post Hole’s Image Competition will be closing at midnight on the 26th January. The winning entry will be used as the cover art for Issue 44 and the winner will also receive a free hard copy of the journal. The theme for this competition is simply ‘excavation’; we’d love you to share some images of what you have been doing on site. We want to see postholes (of course!), stone walls, flints, spoil heaps, sieves, boots, trowels and even the thermal flasks! For some inspiration I have included two examples (Figs. 2 and 3) of entries to the Image Competition held last year. It could not be easier to enter your photographs, reconstructions or drawings, simply visit theposthole.org/photo-competition and upload your image, with your name and a description. Good luck to all, and do not forget you can always increase your chances by submitting more than one image! I am really looking forward to seeing all of the entries, with this week the last chance to submit your images, make sure you share the competition with your friends and colleagues.

The first submission featured in Issue 43 comes from Luca Ottonello and concerns the labelled eyesore, Stonebow House, York. Ottonello puts forward the case for the listing of Stonebow as a Grade II building. He argues that the preservation of a decade and the sentimental value of the building outdoes the desire for beauty and recommends these traits are considered with equal importance.

Freya Lawson-Jones has taken the time to visit Professor Charles Thomas at his home in Cornwall and interviewed him on his academic memoirs. The transcript conversation includes famous faces, terrific travels and enthralling excavations!

The third author this month investigates the practice of glass knapping and the difficultly archaeologists have in identifying a truly knapped piece. **Joshua Wackett* uses examples spanning two continents to demonstrate that glass knapping is a practice undertaken by many distinct societies for both cultural and practical reasons.

Yvonne O’Dell examines the implications and problems of imposing modern concepts onto past societies. Within this examination, O’Dell concentrates on the body and the person using anthropological and ontological studies to demonstrate the dangers of applying modern perceptions to studies of the past.

The focus of this issue’s final paper concerns the portrayal of women on Attic Painted Pottery. Kathryn Thompson visually analyses several fragments of such pots during the Athenian democracy. Thompson assesses the extent to which the art represents the empowerment of women, or alternatively enforces the message of male authority and dominance during the period.

I hope the articles featured in this month’s issue are received well; that hopefully some of you will be inspired to do the same and submit your work to The Post Hole. If you have a piece of work that you would like to have published, please do not hesitate to send it to Jess Hand via submissions [at] theposthole.org. We do ask that all images are sent as JPEG attachments as well as being embedded in the text.

Finally, I would like to highlight that the first two filmed episodes of “TPH meets...” are available online via TPHExtra. The next episode will be released shortly and features Jane Grenville speaking about historic buildings and conservation, to make sure you are one of the first to see the exclusive interview keep up to date via Facebook, Twitter and Google+. There are many more new features accessible via TPHExtra so please do explore.

All the best for 2015!
Eleanor Green
Editor-in-Chief 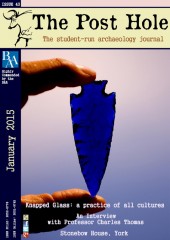 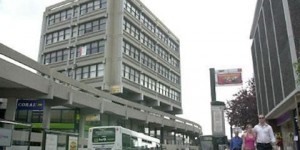 The case for listing The Stonebow House, York, YO1 8ZQ, as a Grade II building
Luca Ottonello 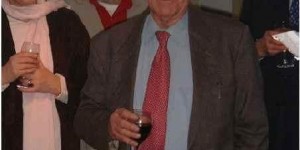 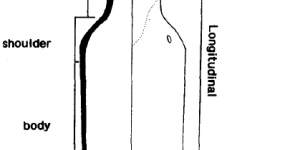 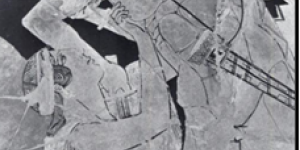