An interview with Professor Richard Bradley 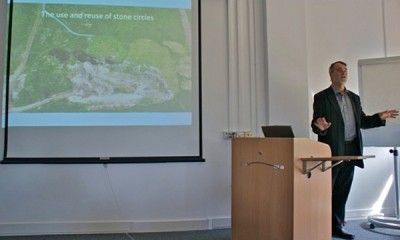 Professor Bradley giving a guest lecture at the 2nd Annual Student Archaeology conference at the University of Reading in June 2014 (reproduced with kind permission of Heidi Babos).

Professor Richard Bradley is undoubtedly one of the most eminent prehistorians in Britain. All academics, students and other practitioners of archaeology will have seen his name on at least one of his brilliant books on landscape, monumentality and rock art in Neolithic and Bronze Age Britain published over the last thirty or so years, or had the pleasure of listening to his lectures at conferences.

Normally I would start an interview by asking the interviewee what it was that inspired them to study archaeology. Richard, you in fact studied law at university, so what or who was it that inspired you to pursue a career in archaeology?

I was interested in archaeology from the age of seven, but couldn’t see any way of practicing it as a career. I decided to study law, as a career as a solicitor – so I imagined – would give me the time and resources to continue my archaeology as an amateur. There were fewer professional archaeologists in those days – the late 1960s. Then two things changed. One was meeting people with similar interests at university and taking encouragement from their determination to work in archaeology. The other was gaining access to a good archaeology library and teaching myself the subject in my spare time.

How has your background shaped the way you think about access to the discipline by young people and enthusiasts today? Do you think it is getting easier or more difficult to have a career in academic or commercial archaeology without a degree in the subject?

It is still possible to get into commercial archaeology through participating in fieldwork, but today academic posts seem to be restricted to those with academic qualifications. I think this is a pity. On the other hand, many more courses are available than there were 40 years ago and the discipline is much more open to newcomers than it was in the late 1960s. Academic archaeology is more interesting now than it was when I began to teach it.

You presented a guest lecture on ‘The use and reuse of stone circles: 20 years of fieldwork in Scotland’ for the 2nd Annual Student Archaeology conference at the University of Reading in June. How, if at all, do you think your career has changed in the last 20 or more years?

I have been able to spend more time on research and writing, and I have supervised and examined more postgraduates. I have become much more involved in public archaeology through my contacts with commercial units, and I have conducted excavations on a smaller scale than before. As a result, these projects have become increasingly focused. They have drawn on the enthusiasm and skills of local communities to an increasing extent. I have also placed more emphasis on research in Iberia, Scandinavia and Scotland.

One of my favourite quotes from you is “in the literature as a whole, successful farmers have social relations with one another, while hunter-gatherers have ecological relations with hazelnuts” (Bradley 1984, 11). This refers very succinctly to the contrasting ways the lifeways and successes of Mesolithic and Neolithic people have been viewed by most archaeologists. Do you think preconceptions of the Mesolithic and Neolithic have changed in the last 30 years? If there has been a change, is it for the better? If there has not been a change, what do you think are the challenges that need to be overcome by archaeologists?

The quote was an off the cuff remark that has come to haunt me. There have been real improvements in our knowledge of both periods, and these are largely due to improved field methods, the expansion of commercial archaeology and the development of more accurate dating methods. As we learn more about the Continental background to the Neolithic period, the magnitude of the change has become even clearer. But it’s a pity that there are still too many period specialists.

In another book in 2000 you addressed An Archaeology of Natural Places. Even at that point such an analysis was arguably quite unusual because archaeology relies on altered places, anthropogenic features or material culture to locate and interpret people in prehistory (Bradley 2000). Do you think it would be beneficial for the Mesolithic to be interpreted as more Neolithic and the Neolithic as more Mesolithic (Bradley 2007, 29)? Does a monument have to be made of stone to be a monument (Bradley 1998, 14); is a farmer actually a hunter-gatherer if he/she hunts game and gathers crops (Bradley 1997, 196-203)? Also, you have mentioned the environmental relations Neolithic people exhibit through their ornamentation of pottery, so can your 1984 social/ecological relations quote now be changed?

The simple answer to all these questions is to be wary of received categories and to put more faith in the results of the best archaeological fieldwork. It is too easy to be inhibited by the fear of making a mistake. In the long run the received wisdom is very rarely wise. Archaeologists should allow themselves to be taken by surprise.

In the preface to your 1997 book Rock Art and the Prehistory of Atlantic Europe you mention that you were asked, ten years previously, what you expected to be the important growth areas of prehistoric archaeology. You responded with three fields of study: the deposition of artefacts, the role of monumental architecture and the analysis of ancient art (Bradley 1997, xiii). How do you think prehistoric archaeology will change in the next ten years?

I’ve no idea, because if I did know I‘d be doing it myself!

You have recently retired as Professor at the University of Reading. What does the future hold for you? Will you be undertaking further research, continuing any teaching, or will you be enjoying new pursuits?

I’ll carry on writing and doing fieldwork, but I have a backlog of existing projects to clear before I can contemplate any new ones.

Thank you very much for taking the time to participate in this interview Richard, your support for ASA2 and, of course, your outstanding career to date.

For those interested in the Annual Student Archaeology conference series, applications are open until 14 October for students (undergraduate or postgraduate) at any UK university other than the Universities of York and Reading (hosts of ASA1 and ASA2, respectively) to organise the third Annual Student Archaeology conference! The first two conferences have attracted papers and posters on a diverse range of archaeological research by students internationally, and been an important yet fun experience for the first two organising committees. Information and the application form are available at http://www.asaconference.org.uk. 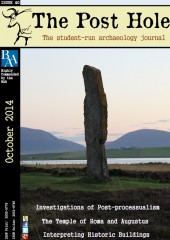 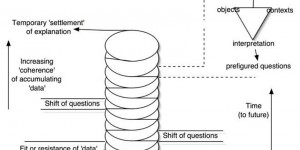 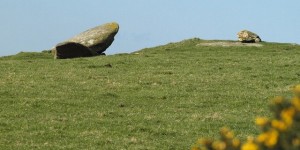 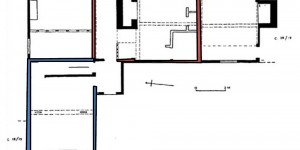 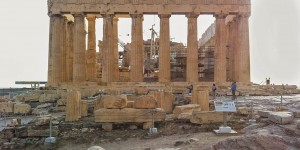 The temple of Roma and Augustus on the Athenian Acropolis: A Symbol of Roman power?
Nefeli Piree Iliou