Archaeology versus metal-detecting (and/or magnet-fishing)

I always assume that the people who take up metal detecting, and metal-fishing, share the same kind of passion that caused archaeologists to go and study the subject for many years. Because archaeologists often have a degree and are involved in large-scale research projects, it means they are able to obtain more information than the amateur. Finding a single coin from the Napoleon era, faded by time, would probably not excite the professional archaeologist as much as an amateur (metal detectorist), and most likely will not encourage them to undertake more work, just to find another single coin.

The sandy soil in the county of Noord-Brabant in the Netherlands, means that the main archaeological interest lies much deeper than those reachable by metal detectorists, as we are not able to penetrate the earth more than 30cm (12 inches). The only thing we bring along is a small scoop and a metal detector with headphones. Bringing along tools suitable for the deeper layers, especially in the woodlands, are impractical to carry and this would take away most of the excitement. Personally I prefer feral woodlands, which are saturated with flared out roots of big old trees as well as the fact that many farmers used to use their own household furnishings in order to create pathways that would sustain horse and carriage.

It is also quite common to find an enormous amount of disposed drink cans; these are picked up by the metal detector as being precious metal, which makes us dig to dispose of other people’s trash. No-one would believe it if we said we were happy with these kind of finds, including ourselves. It is frustrating that there are so many people that take their surroundings for granted and dispose of their rubbish where they have consumed it.

Due to this knowledge, my friend, also a keen metal detectorist, and I mainly explore agricultural fields, as these are ploughed deeper that 30cm by the farmers. This is needed as the main crop, corn, is not removed completely when harvested, and the roots will still be present in the soil. We therefore know that our best time is every year after the fields have been ploughed, because the metal in the soil will be ploughed to the surface. This is why we walk the fields every year. Our finds include more recent metal than older ones. We also find coins that the farmers have lost recently and in the more distant past. Other finds include belt buckles, sometimes with pieces of belt still attached. Items that really excite us are old buttons and old guild copper. We also take pleasure in retrieving iron cannons and musket balls (Figure 1) from either the soil or water; because they are often in a perfect state of preservation when extracted and from water they will be encased in a capsule of rust. The latter makes the find even more spectacular and we aim to preserve it the way it was found, as well as being able to see what is hidden within the rust encasing. Due to the fact that the farmers plough the soil so deep, we feel that we can't be a problem for the archaeologists. We understand that the modern day farmer has a need to plough deeper in order to keep the land fertile, which means that preserved layers will be disturbed.

Another way of obtaining old metal is by fishing for it in the local streams and rivers. By doing this, we clean the water as well in the process. Even though our initial reasons for metal-fishing is to retrieve metal finds, we mainly fish up the rubbish deposited in the more recent past. A magnet is attached to our lines (Figure 4) which has a pulling power between 70 - 300kg (155 - 650 pounds). It only attracts metal, which means that the damage to the soil is minimal. The local government uses heavy duty equipment to cut back the vegetation at the bottom. During this, they more than often lose blades from their machinery due to the trash that is deposited in the water. We find these by using our magnet.

In one of the local waters we once found the complete contents of a moped and bicycle shop including filing cabinets! Other finds include traffic signs with their concrete base intact, even solid metal water well covers, with a weight of 100kg (220 pounds). The rubbish that we fish up is removed from the waters and collected by the local county to be disposed of in the proper fashion. Essentially we are cleaning up the local rivers and streams, and in the process we are rewarded for it by the occasional more historical find, like musket balls and iron cannons.

By using the magnet (Figure 4) the stream or river bed, we are not disturbing anything that is in it, just that what is resting on top of it. Branches in the waters can cause the lines to become constricted, which provides us with additional work in trying to free the line.

In our opinion we are not disrupting any context layers, which would mean that we are not disturbing the archaeology in the waterbeds. We document our findings by taking various pictures as the find is removed either from the soil or water. Additional pictures are made after we have had a chance to look at them closer and their find location is noted with them.

As keen archaeological amateurs we would like to see a better cooperation between ourselves and the local archaeologists. This would enable us to expand our knowledge of our local history and learn more about our finds, as this is the main reason for us to go and find these objects. We would also like to be able to assist the archaeological field with our finds and believe that if we were informed regarding the professional practices and recording, that we would be able to assist and create a beneficial cooperation. In addition, I feel that a better relation could result in us understanding how to care for the objects recovered, especially those that are obtained from the water as their appearance can change rapidly after being uncovered. For me it is the thrill of finding something someone has lost a long time ago and being able to identify its purpose, which is what makes me go out to the agricultural fields and streams with either a metal detector and or magnet.

A special thank you must go to Ari Buijtendijk for making this all possible. 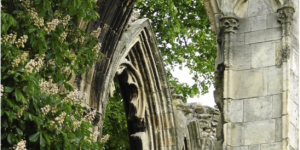 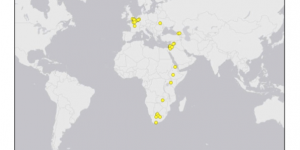