Editorial: An archaeology of choice

The need to make choices occurs frequently within the field of archaeology, especially when deciding what archaeological information can tell you about the past and how it should be treated in the present.

Gemma Smith critiques the involvement that archaeologists have had in the recent political conflicts across Libya. Smith suggests that the field of archaeology in this country has been rather too involved with the conflicts, to the detriment of preserving vulnerable sites of archaeological importance. Smith raises a complex question of whether archaeologists should maintain their impartiality to events such as those in the Arab Spring. It is a complex question, as she correctly explains, because it highlights the struggle between whether archaeologists are stewards of material heritage or people with their own opinions on the heritage of a country which many protesters seem to be equally trying to preserve, albeit in different ways. Whatever people’s opinions are on this question, I hope, as the author suggests, that the discipline reviews it before potentially similar situations occur in the future.

Arnaud Lambert provides us with another excellent re-interpretation of the meaning of particular Mesoamerican cave art, this time whether art in Oxtotitlán Cave (Guerrero, Mexico) is a place-sign for the nearby archaeological site of Cerro Quiotepec. I like Lambert’s use of comparison with possibly contextually associated mobiliary art - Middle Formative period greenstone objects - as it seems to aid his re-interpretation of the cave art of Oxtotitlán Cave. I hope Lambert’s work will encourage further interpretations from people of the possible meanings behind these features.

Izaak Wilson poses a similarly difficult question of whether narratives of slavery in archaeology and popular culture, such as in the new film Django Unchained, justly account the agendas and life histories of slaves as much as other more socio-politically advantaged people in pre-revolution America. I think most people will now agree that archaeology cannot offer us a complete and accurate account of the past encompassing all people’s agendas and ideologies. Rather, the question which Wilson asks is whether our perspective on the past can be altered to consider different elements of pre-revolution slavery in turn. Wilson is perhaps correct to suggest that how slavery is portrayed to people today should be considered in more variable and nuanced ways than simply a question of the balance between traditional slave and non-slave perspectives.

Jennifer Borrett gives us an overview of some of the key changes in the ways that Neanderthals have been studied and interpreted by archaeologists and people in related (and not so related) academic disciplines over the last 150 years. Borrett justifies how the study of Neanderthals has moved on a long way since its origins in the mid-19th century, though it is now swinging between alternative areas of theory. I would agree with Borrett that this current swinging between different theories might not matter too much as it is probably a sign or a cause of the study of Neanderthals continuing to progress and refine. We must however remain cautious that constantly changing paradigms may be making our understanding of Neanderthals more complex than necessary, even today. 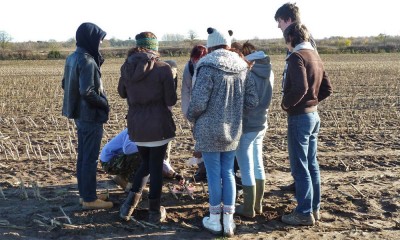 Julian Richards provides us with an overview of the research which the University of York is currently undertaking on the well-known Viking camp site of Torksey (Lincolnshire, England). Torksey is believed to have been an important burh in the Early Medieval period, with a series of fundamental changes to its character over a long period. Consequently, the diverse range of material culture at the site has offered an ideal opportunity for undergraduate archaeology students from the university to learn fieldwalking skills. One student, Daria Wiercigroch, explains the value of this experience on her own knowledge and appreciation of the past.

We hope you enjoy reading this eclectic issue of The Post Hole. The next issue is due for release in less than a month. If you like what you read here and would like to contribute your own archaeological research or ideas, please contact Alison Tuffnell at submissions [at] theposthole.org. For the latest news about The Post Hole, including Issue 28, follow us on Facebook and Twitter (see back cover).

David Altoft
(Editor-in-Chief of The Post Hole - david.altoft [at] theposthole.org) 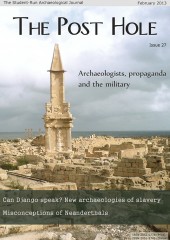 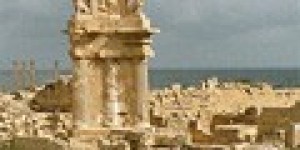 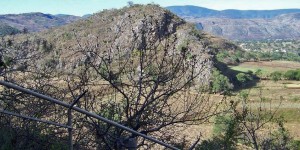 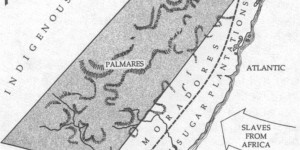 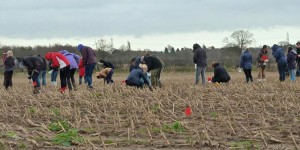 The turning of the tides: the history of Neanderthal research
Jennifer Borrett