The excavation of burial mounds in Shestovitsa, Ukraine

Archaeological methodology varies little from country to country. However, regional differences in terrain and research agendas call for different approaches depending on where you are excavating. Traditional excavation methods would require the excavation of the mound from the top-down in sections, usually quartering the mound, allowing for stratigraphic sections to be left in the middle in a cross shape. Once the burial is reached these sections would need to be taken down to the same level and the burial exposed. However, the type of soil and the presence of trees can prevent archaeologists from applying this method, and can create a need for improvisation. 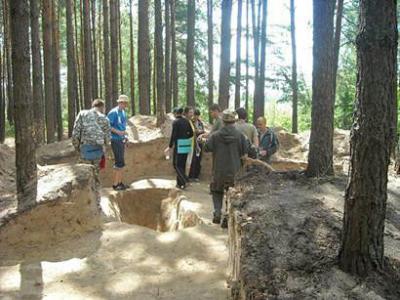 The early medieval settlement of Shestovitsa is located 20 km south west of the city of Chernigov and has one of the largest and most excavated burial mound complexes in Ukraine. The mounds there are typically of a Scandinavian origin. The majority contain remains of the leaders of the Scandinavian ‘druzhina’ (the mercenary Viking army) of Kievan.

Here the archaeologist E. N. Osadchiy practises a different method. With twenty years of archaeological experience, he has come up with what seems to be the most practical approach to this regional problem.

The method has three stages.

The first, and perhaps the hardest stage, is the identification. One needs to be sure that the mound of earth about to be excavated is indeed a burial mound. This proves fairly easy at Shestovitsa, with such a high concentration of burials, but isolated mounds are still present.

In the words of E.N. Osadchiy, “the best way of getting good at identifying a burial mound is practice”. But even a fresher can go about finding their very own burial mound with a few tips. One of the easiest and quickest identification characteristics is the presence of a ditch surrounding the mound. However, these tend to be filled in with either the original fill, or soil deposits that occur over time with natural soil movement. If there is a group of relatively low mounds (up to 2 metres above ground level) in an otherwise flat terrain, this can also be indicative of the presence of burials. 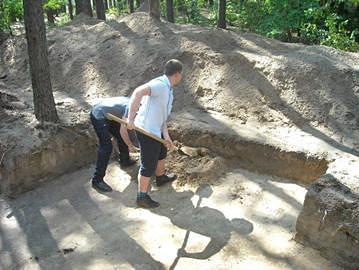 The second and most tedious stage is the removal of the top soils and the fill of the mound, allowing for the position of the trees that grow throughout the mound group. Although some of them are allowed to be cut down by the forestry commission, this comes at a monetary cost. With Ukrainian archaeology being majorly underfunded and the country being synonymous with corruption, archaeologists have found other ways around the issue.

The top soil is removed manually using a spade; a tool which they are rather fond of in Ukraine, it seeming to almost replace the trowel (Figure 2)! The mound is excavated from the top down with some of the trees being left in place. The possibility of excavation in quarters is out of the question, as trees could end up right in the middle of a section. Instead the walls of the trench are arranged in such a manner as to leave them outside of the boundaries of the trees. This method results in an excavation area which radically contrasts with the traditional ‘square’ (Figure 3). One of the major downsides of this method is that a part of the mound may be left unexplored. However, with archaeological savvy one can place the excavation trench so as to leave out only the areas least ‘interesting’ to archaeology (sections of the moat around the mound, etc.). 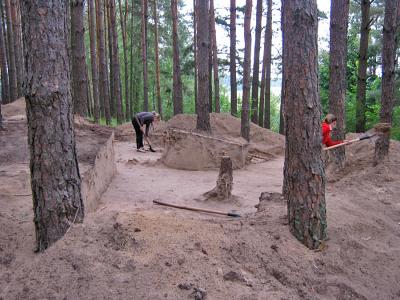 As burials are placed either on top of the natural layer of just above it, the removal of top soil stops as soon as the natural or the top of the burial are visible. At this stage, the trench may be extended by the same method if the full extent of the burial is not within the excavated area.

The third and final stage of the excavation is the removal of the burial, followed by excavating down to the natural soil throughout the trench. The burial itself is removed in metre square sections, being brought down to the same level in all the sections simultaneously. This is perhaps the quickest stage of the excavation. E.N. Osadchiy is adamant that the tools for this stage should be knives and brushes. “A knife is much thinner than the trowel and allows for intricate details like teeth and small bones to be treated with more care” he says. This level of attention is particularly important at Shestovitsa, where the lack of post-excavation sieving can easily result in the loss of small objects such as pins and buttons.

After the removal of the burial and reaching the natural, only the backfilling remains. Before the backfilling, E.N. Osadchiy is adamant that something should be left at the bottom of the excavated area in case one day future archaeologists should return to the same site; “Something with a date on it, like a bottle or a can” — an excellent excuse for a celebratory bottle of champagne.

The traditional methodology of burial mound excavations is a great guideline for archaeological practice. However, with regional variations in terrain, climate and legislation it is inevitable that archaeologists will sometimes have to adapt their methods. In essence, the methodology of Shestovitsa is not very different. Other than the minimal stratigraphic recording, it is in fact very similar. This serves as a testament to the universal applications of the traditional methodology, and to the innovative nature of Ukrainian archaeologists. 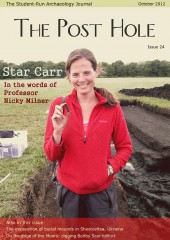 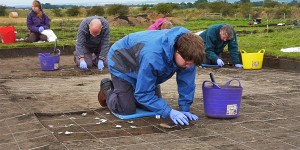 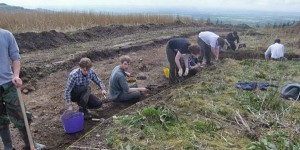 On the edge of the Moors: digging Boltby Scar hillfort
Beth Campbell 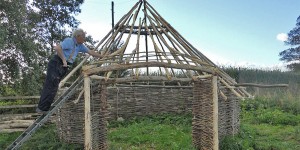