Antiquity - The Best Job in the World

We greet Antiquity as it enters its tenth and last year in York - Martin Carver brought it here in 2003 when he was appointed editor. Since then he has edited 1,000 articles and his valiant team of two - Jo Tozer, editorial manager, and Madeleine Hummler, deputy and reviews editor - have edited more than 10,000 pages and produced 38 issues of up to 300 pages each. Antiquity is the best known archaeological journal anywhere and a lot of its fame has rubbed off on the Department. In December it will be off to Durham under its new Editor, Chris Scarre.

Antiquity is unique in lots of ways. It is completely independent, intellectually and financially. It has no society, no home and no controlling owner. It publishes archaeological research from every period and every part of the world and by every type of professional archaeologist, academic, government or commercial; and it is run by an incredibly small team of three persons. 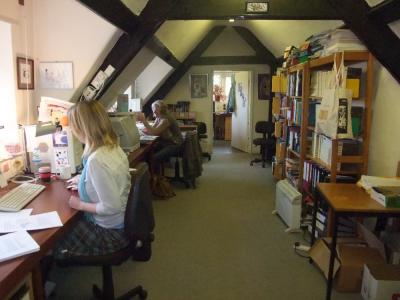 Figure 1 - Jo and Madeleine hard at work on the next issue of Antiquity. (Image Copyright - Mark Simpson)

The journal was founded in 1927 by O.G.S. Crawford to tell archaeologsts what other archaeologists were doing, and he laid down its remit in his first editorial: "Our field is the earth, our range in time a million years or so, our subject the human race". He remained editor till he died 30 years later having kept going through WW2. Glyn Daniel took over and had a 30 year reign too; he was famous for his love of megaliths, France, wine and good dinners. Then came Chris Chippendale who put a spotlight on Australia, then Simon Stoddart and Caroline Malone who ran it jointly. These last four editors were all Cambridge based, which meant that they made good contact with all the great names passing through and got them to write articles. Antiquity was good at theory, and served Europe and the USA pretty well.

At York things took a different turn. We smartened up the look of the printed copy and the website to make them both more user-friendly. We digitised the back numbers and all the archive back to 1927. We created an online webzine for short contributions - the Project Gallery - which reports new projects just starting, features interims, discovers, discussions etc. We stopped doing obituaries, because these were always the great and good remembered by the great and good, and instead opened a special branch of the website where any and all archaeologists could be remembered, in tributes written by anyone who wanted to. This meant that Antiquity had an open access shopwindow for people who were not subscribers. The biggest change however was that the journal became truly global, not just covering research by the English-speaking west, but opening up Africa, Asia and South America. The reviews editor meanwhile has cranked up our throughput of reviewed books to 350 a year of which 200 are reviewed, 50 by the reviews editor herself. At present our readers download about 10,000 articles every month, 120,000 a year. This gives an idea of our readership.

So, what is it like to be Antiquity's editor? First you get a nice big travel budget and go to numerous conferences. One objective is to see whether you can drum up more subscriptions, but the more important role is that of talent-spotter. Most of the world's archaeological researchers do not have much incentive to report what they find to a global readership; they do not have assessment based on publication and are too busy with their government or university employment to write much before they retire. So it is well worth coaxing them to write articles and this has produced some of our most wave-making output. 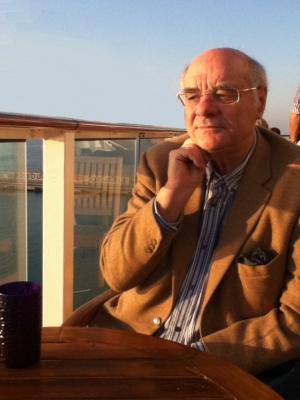 Solicited and unsolicited submissions run at about 350 a year, or approximately one a day. Each one is reviewed by 2—3 reviewers and then each gets a letter from the editor of one of two types: "so sorry I'm declining to publish it", or "accepted, subject to revision along the lines that follow". No-one gets accepted without changes. The revised articles are then edited - and this is what takes all the time. Whether by English-speakers or not, most articles have to be largely rewritten by the editor to reduce their length and make them suitable for Antiquity's world-wide readership. It is not just that archaeologists in other continents will not know about Roman Britain or the Incas; the idea is to maximise the impact of every contribution by tempting you to read it whether you want to or not.

The editor also has to write an editorial for every issue (four a year) which is quite hard unless you think everyone would love to know what you have been doing and thinking. Glyn Daniel for example wrote the 1950s equivalent of a blog, saying who he met and what bottle he opened with them. However, a world coverage means addressing a much wider range of people and fixing on matters hopefully of interest or amusement to all. I also introduced a regular podcast which pulls out the plums in each issue.

On the down side, there are quite a few prima donnas in archaeology, especially in the USA and Australia, who are convinced of their own genius and the evils of anyone writing on the same topic. When I took over I was told that 90% of the problems are owed to 10% of the authors, and that is exactly what I found. The nice 90% of the authors are dedicated modest folk who really love archaeology and are more interested in it than they are in themselves.

My verdict: editing Antiquity allows you to see fresh all the latest discoveries in the human past, and meet the wide range of people who are making them. No other experience gives you that privilege. So in that sense, it is the best job in the world!

Learn more about Antiquity at http://antiquity.ac.uk