For those unfamiliar with the area, Skipwith Common is an area in North Yorkshire comprising 274 hectares of mixed woodland, lowland heath and some wetland regions. The Common is designated as a National Nature Reserve as it represents one of the best examples of a lowland wet and dry heath landscape in northern England with a wealth of special wildlife, geology and history all of which can be enjoyed by the public. This is largely uncultivated land, though down the centuries and even millennia, mankind has used the resources offered by the Common to our own advantage. 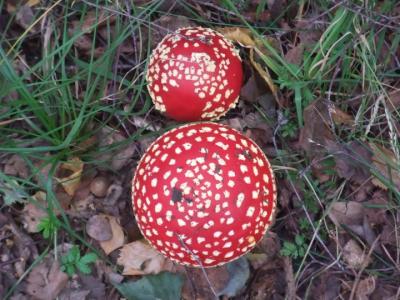 I first became involved with Skipwith Common almost four years ago. Soon after obtaining my archaeology A Level from Selby College night school in 2007, I spotted an advert in the local newspaper, just a couple of column inches, asking for volunteers to come along and help with an archaeological landscape survey. This was being co-ordinated by a local group of like-minded individuals going by the collective name of the Friends of Skipwith Common. Having a spare holiday day, I booked the time off work and went along. The rest, as they say, is history.

I met a number of people I now consider close friends (no pun intended) and learned quite a bit about landscape survey from the archaeological expert present, Jamie Quartermaine. As an experienced project manager with commercial group Oxford Archaeology North, he was able to teach the group over the following two years a number of survey techniques as we discovered more about humanity's involvement with this special landscape.

The Friends group was formed in 2003 as a loose association of people who regularly used Skipwith Common and wanted to help preserve its ecology and archaeology. The Common is owned by Escrick Park Estate and managed by them in partnership with Natural England. The Friends, while an independent group, are Natural England volunteers who help with task days such as mending fences, building walkways and rounding up sheep. Yes, really, rounding up sheep!

After less than a year as a member of the Friends, I was appointed as Archaeology Liaison, keeping those members with an interest in the subject up to date with events on the Common and talking to archaeologists about those events. Within six months I had been invited to join the committee, a position I still hold today.

The Common is a rich ecological resource as well as having well preserved archaeology. Hebridean sheep and longhorn cattle roam freely in the spring, summer and autumn months, while six Exmoor ponies remain on the Common at all times. Last October's 'fungal foray' guided walk attracted a record seventy-five people, while the area is also home to orchids, marsh gentian flowers and wild deer. 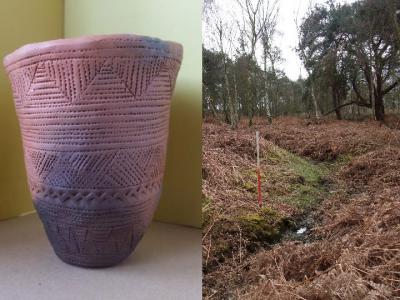 But there is also a lot of archaeology hidden among the trees and heath land. The Common is particularly rich in Bronze Age burial mounds, with a cluster of them in an area at the north western end called the Danes Hills. The name came about from antiquarians, who believed the burial mounds were constructed by the Vikings burying their dead after the Battle of Stamford Bridge before returning home a beaten force from their mooring point at the nearby village of Riccall. However, some of these mounds were dug up in the Victorian era and turned up crouched interments and Beaker pottery, firmly placing them in the Bronze Age.

Aside from these, there are many more barrows dotted across the Common. Roughly twenty metres across and circular with a single outer ditch, these are also interpreted as Bronze Age. In early 2009, a survey group led by Jamie Quartermaine actually discovered a 'new' barrow, one that had not been previously mapped; a significant discovery for a local group of enthusiasts! (Blythe & Quartermaine, 2009).

During the landscape survey of recent years a number of territorial bank and ditch features, also interpreted as Bronze Age, were discovered. These consist of three or four closely parallel earthen banks with ditches between which, despite being fairly shallow today, would once have been much higher, deeper and more impressive. Thousands of years of steady erosion have worn them down to a mere shadow of their former selves. One such system ran from north to south right across the centre of the Common and has been traced through crop marks in the surrounding fields to a total length of over two kilometres (Blythe & Quartermaine, 2008 & 2009).

However, the Common does not just play host to Bronze Age features. There is also what has been interpreted as an Iron Age enclosure, square shaped and with what again would once have been a deep ditch around it. This is further defended by more bank and ditch systems around the outside and likely would have had a high wooden stockade style fence around the edge 2,000 plus years ago. Given the relatively small area it covers, this would appear to have been a defended enclosure where the scattered community could have retreated to with their valuable livestock when other tribes tried to raid their land. The fields to the north of this feature, which sits at the edge of the Common, show many crop marks associated with round houses, other enclosures of similar size and track ways, all of potentially Iron Age date, making what could well have been the first village at Skipwith (Blythe & Quartermaine, 2008).

Moving forward in time, another part of the edge of the Common holds the imprint of ridge and furrow ploughing, which could date anywhere between Saxon and late medieval. The main reason that the Common has remained uncultivated is because it makes for poor farmland. This was obviously an attempt to bring part of it under the plough, but most likely failed and the land was returned to the Common, still bearing the distinctive broad ridges and deep furrows. Like the banks, ditches and barrows, these too have eroded over time, but being 'newer' than the other features they stand out better (Blythe & Quartermaine, 2009).

I mentioned earlier how mankind has exploited the natural resources of the Common over time. This can be seen in the remains of 'peat stacks', which the village's post-medieval inhabitants would have made from cutting turves to construct a low platform on which to place peat for drying after it was cut. The Common provides good sources of both peat and natural sand; the latter in many places is barely an inch below the surface of the soil. Sand extraction pits are scattered around the edges of the area, where it would have been easier to get transportation to remove it. Between the sections where peat and sand are common is a place called the Line Ponds. It has been suggested that this is a flax retting area, with constructed ponds being used in conjunction with sluices to first soak the flax, then to provide a 'flush' of clean water to 'ret' the raw material from the waste. This process was used as the first stage in making linen, hence the name Line Ponds (Blythe & Quartermaine, 2008 & 2009).

The biggest impact on the Common by man however, certainly in recent times, came during World War II. As a large piece of 'spare' land, Skipwith, the adjoining Riccall Common and the fields surrounding them were the site in 1942 for the building of RAF Riccall, a training base for aircrew to learn how to fly four engined Handley Page Halifax bombers. There were thirty-two aircraft and almost a thousand men stationed there for three years until the war ended in 1945 and the base was subsequently decommissioned. It remained in RAF hands as a storage facility until 1960, when the final off-Common parts were sold (Riccall Local History Group, 2004). 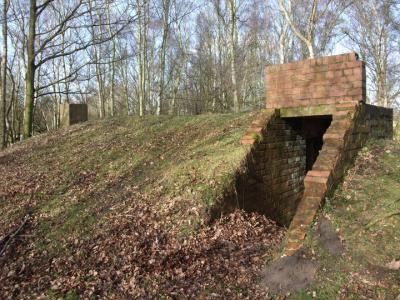 Despite the fact that around 90% of the airbase has now disappeared under fields around the Common, many features still survive from this time. These include bomb and fuse testing buildings, air raid shelters, the outdoor bomb storage areas (now home to some specialist wildlife such as Grass Snakes and Lizards) and some of the taxiways and 'pans', where aircraft would be tied down so they would not be flipped over by strong winds. The road system that runs across the Common is a remainder of the air base, while the last segment of one of the runways is a main car park.

Skipwith Common was designated a National Nature Reserve in late 2009, though it was already a Site of Special Scientific Interest before this. A memorial was raised in 2010 and dedicated to the members of the aircrew of RAF Riccall who lost their lives in accidents during its three years of operation. In 2011 the Friends and Natural England created three way-marked paths across the landscape, so that walkers can enjoy the Common at any time by downloading a prepared walk from the Internet.

Escrick Park Estate, Natural England and the Friends of Skipwith Common continue to work towards improving the experience of the general visiting public. A number of schemes are in the works for 2012 including replacing an awkward stile with an improved kissing gate, completing signage for the way-marked paths and the restoration of one air raid shelter to allow visitors to discover the heritage of the site whilst converting another into a bat hibernaculum (a home for some of the Common's bat population).

I shall always be grateful for the enthusiasm of the Friends and their interest in Skipwith Common, and also for the permissions of Escrick Park Estate and support of Natural England, which helped spark my own passion for archaeology after taking the A Level. This in turn led to me discovering other local groups, attending digs during weekends and holiday days and ultimately to giving up work and coming to university to obtain a degree (and hopefully a Masters).

Gawthorpe Manor: A Modern Estate in the Making (Part 1 of 2)
David Altoft