Could the Formation of the Black Sea be Responsible for Near-Eastern Flood Myths: What Does the Geology Say?

The tale of Noah's Ark is the one of the Old Testament's most famous. God, exasperated with human behaviour, sends a flood of epic proportion. God asks Noah to build an Ark and fill it with two of every "unclean" animal and seven pairs of "clean" animals to sacrifice (Genesis 7:2; Genesis 8:20). After raining for forty days and forty nights the planet floods, and the sins of humanity washed, quite literary, away (Gen. 7:11-14). Such an event is not possible from a geological, archaeological, biological and meteorological standpoint. But consider, the Old Testament was passed down as oral history, centuries before being written during the Babylonian Captivity (ca. 597-539 BCE). Is it not reasonable to consider that a large-scale flood, say the formation of the Black Sea around 5600 BC, may have been the inspiration of these stories?

The Flood Myth is a recurring motif across many cultures around the world including the Aztecs of Central America. The myths which bear the most similarity to that of Noah are, unsurprisingly, other accounts from Mesopotamia and Antonina (for an overview of flood myths see Dundes 1988).

The oldest Mesopotamian flood myth we know of comes from the Sumerians, a civilisation that flourished in what is now Iraq from the late forth to the third millennia BCE. In the story, the hero, Ziusudra, tells of how the Gods flooded the country for 7 days but Ziusudra was safe in a large boat and following the deluge he sacrificed a number of animals (Davila 1995; Best 1999).

Later traditions added new elements, for example, in the Epic of Gilgamesh the hero, now called Utnapishtim, tells the titular Gilgamesh, that the Gods became angry with the noise humanity was making and they couldn't sleep so they decided to eliminate everyone with a large flood (the following translation comes from Cline 2007, 25):

You know the city Shurrupak, it stands on the banks of Euphrates? That city grew old and the gods that were in it were old. There was Anu, lord of the firmament, their father, and warrior Enlil their counsellor, Ninurta the helper, and Ennugi watcher over canals; and with them also was Ea. In those days the world teemed, the people multiplied, the world bellowed like a wild bull, and the great god was aroused by the clamour. Enlil heard the clamour and he said to the gods in council, "The uproar of mankind is intolerable and sleep is no longer possible by reason of the babble." So the gods agreed to exterminate mankind.

The God Ea instructed Utnapishtim to build a boat and fill it with animals, his family and craftsmen (Cline 2007, 24). The later Babylonian version from the early second millennia BCE is similar to Epic of Gilgamesh, with humanity being wiped out for being too noisy and one man being chosen to build a large boat for his family and animals (Tigay 2002; Finkel 2014).

How the Biblical tradition differs from the older accounts is that it provides a moral lesson. Where the older accounts have their heroes, Ziusudra and Utnapishtim, being chosen at random. Noah, on the other hand, was chosen because he was the only righteous man on Earth. Older traditions have the flood being sent because the Gods could not get to sleep (Cline 2007), the God of the Bible sends the flood because humans had become wicked and God wanted to wipe the slate clean (Genesis 6:5).

As the glaciers continued to melt at the end of the last Ice Age, global sea levels rose but the Black Sea Lake continued to have no inlet into it from the Mediterranean to link it with global sea-levels, The Bosporus Strait simply did not exist but instead formed a dam. The Black Sea Depression was filled solely with the outflows from the Danube, Dnieper, Dniester, Don and Kuban rivers, since these inputs were all freshwater, resulting in the formation of a vast freshwater lake known as the Black Sea Lake (Wilson 2001).

The end of the Younger Dryas brought a change in the location of the glacial meltwater. Rather than emptying into the Black Sea Lake, as it had previously, it went northwards to flood the North Sea. Therefore, the millennia between 10,500 BC and 5000 BCE saw a massive rise in sea levels, but the Black Sea Lake saw its water line drop.  According to the Black Sea deluge hypothesis, the Bosporus, which is still a submarine high, acted as a land bridge, separating the Mediterranean from the Black Sea Lake, was placed under ever increasing pressure as it held back the entire, and rising, Mediterranean (Ryan et al. 1997). Over time due to the colossal hydraulic force of the entirety of the world's ocean acting upon an increasingly fragile dyke the land-bridge inevitably broke (Wilson 2001).

The Anatolia region is the collision point for several continental plates, so large seismic events are commonplace (Bozkurt 2001). Around 5600 BCE, the Bosporus dam broke. Because the water level in the Black Sea depression was so much lower than the Mediterranean, it would have formed a giant waterfall. According to Ryan et al. (1997) and Ryan and Pitman (1998), approximately 100,000 km2 of previously eroded land that now makes up the Black Sea's continental shelf was submerged within a couple of years (Fig 1). According to their calculations Ryan et al. (1997) suggested a flux in excess of 50km3 (12 miles3) per day, filling the lake at a rate approaching 10's of cm per day. Although this is very impressive, and roughly two hundred times the amount that flows over Niagara Falls each day, it still pales in comparison to flooding of the Mediterranean 5.97-5.33 million year ago (see Micallef et al. 2018).

An alternative hypothesis is that proposed by Andrei Chepalyga (2002; 2006), which states that the Black Sea Lake was rapidly filled by overflow from the Caspian Sea via the Manych Spillway shortly after the Late Glacial Maximum ca. 15,000 BC – a period known as the Pleistocene. During this time, the water level in the Caspian rose by up to 189-190 meters, causing the water to flow out of the inland sea towards the Black Sea basin via the Manych Spillway – a deeply eroded trough that follows a tectonic depression that, at times, acted as a strait connecting the Black and Caspian sea's (Fig 2). A review of the evidence for both flood events is provided by Yanko-Hombach et al. (2007; 2011).

The Black Sea deluge had a major effect on organisms living in and around the Black Sea region. The influx of saltwater from the Mediterranean into the Black Sea shelf had an impact on the freshwater community already residing in the lake. Many species have narrow environmental tolerances meaning that they can only survive in certain temperatures and salinities as well as other variables. Saline dependent dinoflagellates – single-celled aquatic plankton commonly used to work out past environmental changes – showed an abrupt shift from freshwater to saltwater Mediterranean species, implying that they did not survive the influx of saline water following the break of the Bosporus land bridge (Wall and Dale 1974).

Radiocarbon dating of Mediterranean molluscs that immigrated into the Black Sea dates their arrival to 7150±100 BP (Ryan et al. 1997). Later work by Ballard et al. (2000) on Black Sea molluscs found a 650-year gap between the youngest freshwater bivalve and the oldest saltwater specimen. This may represent a sampling bias or may reflect the amount of time it took marine life to become established in this new marine environment.

As well as environmental effects, the Black Sea deluge also had a profound effect on human settlements and culture. Prior to the deluge, the land surrounding the Black Sea Lake was a flat, lowland plain, cut by a number of rivers. The area was also rich in minerals resources that were used in making copper tools and gold jewellery. One such  example is the Varna Man, a 5th millennium BC burial from Varna in modern today Bulgaria, buried with exquisite gold artifacts (Gillan 2020).  There are numerous submerged settlements of the Black Sea coast dating the Palaeolithic to the bronze Age (Peev, 2004; Peev et al., 2020) for example the Late Neolithic Hamandjia culture which is famous for their pottery and highly stylised figurines (Berciu 1960; Dimitrov and Dimitrov 2004 , 45-52) (Fig 3) Such favourable conditions facilitated agriculture and large settled communities.  The first of these settlements was identified by Dr. Robert Ballard who announced a discovery of a controversial Neolithic settlement at a depth of 90 m in the region of the Turkish harbour of Sinop (Dimitrov and Dimitrov 2004).

Was There a Catastrophe?

Though it is certainly true that the Black Sea was once a lake and during the late Holocene its waterline did rise there is still uncertainty regarding the speed of this change. Scholars in the late 90s (Ryan et al. 1997; Ryan and Pitman1998) suggest that the event occurred in as little as a couple of years. However, more recently other authors (notably Hiscott et al. 2007; Yanko-Hombach et al. 2007, 2011; Giosan et al. 2009; Bikoulis 2015), have called into question the timing and extent of the Black Sea deluge instead suggesting that the change was gradual based on sedimentological data, microfossils and radiocarbon dates.

The Black Sea region, unlike the rest of Antonia, has no definitive evidence of Neolithic human habitation, and this has led archaeologists to consider many possible scenarios (see Düring 2008). The deluge hypothesis, although now widely rejected by most geologists (Buynevich et al. 2011), has been adopted by archaeologists working in the region as a possible explanation for the absence of Neolithic sites (e.g. Ballard et al. 2000; 2001; Özdoğanm 2011).

The geology suggests a series of flooding events in the Black Sea Basin. Extensive mega flooding from the Caspian Sea during the Pleistocene (Chepalyga 2002; 2006) certainly had an impact of marine organisms, but its effects on Palaeolithic foragers remains unclear as no Palaeolithic or Mesolithic sites have yet been found on the now submerged basin (Yanko-Hombach et al. 2011).

Dundesm A. (1988) The flood myth. Berkeley: University of California Press.

Finkel, I. (2014) The Ark before Noah: Decoding the story of the flood. London: Hodder & Stoughton

Hiscott, R.N., Aksu, A.E., Mudie, P.J … and Yasar, D. (2007). A gradual drowning of the southwestern Black Sea shelf: Evidence for a progressive rather than abrupt Holocene reconnection with the eastern Mediterranean Sea through the Marmara Sea gateway. Quaternary International, 167–168, pp. 19–34.

Micallef, A., Camerlenghi, A., Garcia-Castellanos, D …and Urlaub, M. (2018). Evidence of the Zanclean megaflood in the eastern Mediterranean Basin. Scientific Reports, 8(1078). 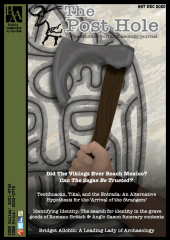 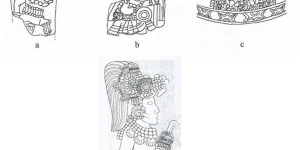 Teotihuacán, Tikal, and the Entrada: An Alternative Hypothesis for the ‘Arrival of the Strangers’
Chris Hayward 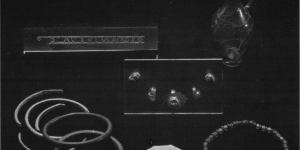 Identifying Identity: The positively uncertain search for identity in the grave goods of Romano-British and Anglo-Saxon funerary contexts.
Nicholas Parker 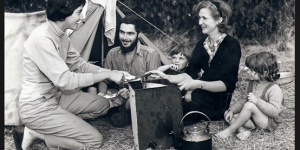 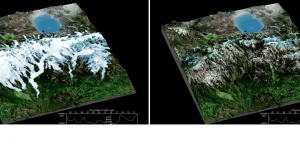 Sustainability as a historical science: a focus on environment and human culture.
Irmine Roshem 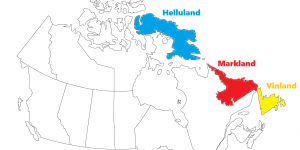 Did The Vikings Ever Reach Mexico? Can The Sagas Be Trusted?
Alex Harvey