Bad to the Bone: A study of class and diet in urban, post-medieval London via statistical analysis of cribra orbitalia and scurvy

A variety of skeletal pathologies indicative of dietary stress are evident across past and present populations, recognised primarily through their subsequent and distinct osteological markers. Difficulty interpreting these pathologies is compounded in archaeological contexts by the lack of soft tissues to observe, and by the fact that skeletal manifestations of disease require chronic, long-term affliction on the part of individuals suffering from them (Temple and Goodman 2014, 186-191). Not to mention, the nature of many diseases is such that their victims are often likely to die before any skeletal changes occur, especially in the eras preceding modern medical advances such as antibiotic, antiparasitic, and symptom-mitigating medications, as well as an understanding of their microbiological origins and histological presentations. One such time period is the Post-Medieval period, wherein countries like England saw the Industrial Revolution introduce advanced agricultural and industrial processes (Lewis 2002, 211; Mant and Roberts 2005, 190).

However, there may have been certain cultural practices that made their practitioners equally or more susceptible to such diseases and deficiencies, or provided a buffer for those with greater access to rare and expensive resources (Lewis 2002, 212). The purpose of this essay is to analyse the effects of socioeconomic status on the diet and health of Post-Medieval urban populations by comparing the prevalence of cribra orbitalia and scurvy in the St. Benet Sherehog and St. Bride’s Lower cemeteries. This will entail an overview of the pathologies and their aetiologies, as well as a brief review of prominent literature surrounding the likely contributors, both cultural and physiological, and effects of the diseases on their victims and those they might interact with. Furthermore, data from the Wellcome Osteological Research Database will be analysed to determine whether and to what extent any differences in the occurrence of Cribra Orbitalia and Scurvy might exist.

The effects of socioeconomic status on health have been well documented in the literature, showing increased susceptibility to chronic diseases for economically disadvantaged people, especially those who experienced multiple stresses early in life (Fagundes et al. 2013, 8-12; Scott and Hoppa 2018, 699). However, the notion that poorer populations were more susceptible to all pathological conditions is not entirely accurate. Mant and Roberts (2015, 188-207) showed that dental caries affected both rich and poor equally in Post-Medieval London, differentiating only between urban and rural populations. They were joined by Lewis (2002, 216-221) who noted that popular nursing substitutes are often the reason for poor health in non-adults in Post-Medieval England. While individuals in the upper class may have had more access to fruits and vegetables containing Vitamin-C, it is suggested that popular nursing and weaning strategies, such as, likely subjected Post-Medieval infants to increased susceptibility to these diseases (Lewis 2002, 216; Walker et al. 2009, 114). The use of wet nursing and the use of unsanitary or nutrient-poor weaning methods would exacerbate their nutrient deficiency, both by the lack of vital nutrients in their food, and exposure them to unsanitary conditions, subsequently increasing their vulnerability to diarrheal diseases (Lewis 2002, 216; Walker et al. 2009, 115).

Health itself is a complex, relative, subjective phenomenon not constrained to biological effects; it is felt psychologically and socially (Temple and Goodman 2014, 186). Therefore, care must be taken to include considerations of how one might feel the pathologies investigated. To that point, the psychological effects associated with scurvy (Vitamin-C) and iron-deficient anaemia are known to include lethargy, whereas Vitamin-B deficiency may lead to a suite of psychological problems (Still 1935, 213; Walker et al. 2009, 120). The psychological and soporific effects of these pathologies make them prime candidates for consideration of overall health.

The Post-Medieval cemetery populations from St. Bride’s Lower (SBL) and St. Benet Sherehog (SBS) churches were analysed so that urban lower-class and middle/upper-class populations, respectively, might be compared (Bekvalac and Cowal 2008, Kausmally 2008). The skeletal data for these cemeteries, made available by the Wellcome Osteological Research Database (Museum of London), concerning Cribra Orbitalia, Scurvy, and demographic composition, were entered into Microsoft Excel 16.30 (2019). Irrelevant data were excluded from the pathology tables, namely elements not involved in the presentation of Cribra Orbitalia or Scurvy, and individuals in whom the conditions were absent or unobservable. Individuals who displayed incomplete data for Cribra Orbitalia were retained in the data set and considered as showing the presence of the condition only if the presence of Cribra Orbitalia was confirmed on at least one side.

Demographics tables (Table 1 and Table 2) organized by biological age and biological sex were made, and charts were produced from those data (Fig.1 and Fig.2). Those tables were also expanded upon to include considerations of the prevalence and absence of Cribra Orbitalia and Scurvy and the respective proportions of the sample comprised by each group. However, in order to apply due scrutiny to the data, more than a simple comparison of percentages was necessary.

Fig. 1. Relative percentages of Biological Age demographics for St. Benet Sherehog and St. Bride’s Lower cemeteries. While the charts displayed provide context and some information about the longevity of individuals of different classes in Post-Medieval London, they alone are not enough to draw conclusions about the overall health of those individuals. Statistical and clinical analysis of the prevalence of certain pathologies will aid in the critical analysis of the health of our sample.

Fig. 2. Relative percentages of Biological Sex demographics for St. Benet Sherehog and St. Bride’s Lower cemeteries. Males comprise the majority of the sample, as do Unsexed Children. It is important to keep in mind, however, that the biological sex of non-adults is rarely, if ever, determined. The skeletal changes used in biological sex determination do not begin to take shape until puberty.

Since nominal scale data (presence/absence of each condition) was being compared between populations, a Chi Square (X2) Test was used as per Vanpool and Leonard (2011), who informed the entire statistical analysis process. The data were entered into tables which include the X2 tests themselves and the mathematical work applied to observed and expected frequencies of each pathological consideration to arrive at X2 values for each hypothesis set (Table 3a, Table 3b, Table 3c, and Table 3d).

The sums of the X2 values were compared to the critical value for X2 matrices with a degree of freedom of 1 and an alpha value of 0.05 (α=.05), which is 3.84 (Vanpool and Leonard 2011, p.242). This resulted in the failure to reject Ho1, Ho2, and Ho3, and the successful rejection of Ho4. Groups that failed to reject their Ho were excluded from further analysis, since such failure meant that there was no significant difference between the populations’ observed and expected values, thus indicating that there was no difference between the prevalence of the respective corresponding conditions. A table was made for the calculation of the X2 residual and adjusted X2 residual values for the comorbidity X2 group (Table 3a). Residual and adjusted residual values could not be calculated for SBS’s comorbid category, since there were no observed cases in this population, and it is impossible to divide by zero. However, values were calculated for the other three categories and compared to the residual critical value for α=.05 as provided by Vanpool and Leonard (2011, 246), which is +/-1.96. X2 residual values all fell within the "Expected" range, but as stated by Vanpool and Leonard (2011, 246), the X2 residual "tends to underestimate the significance of differences for small samples," which this (N=9) undoubtedly is. Therefore, adjusted X2 residuals (Table 4) were calculated to determine significance of differences between observed and expected frequencies for individuals with both cribra orbitalia and scurvy. The adjusted X2 residual value for "Not Comorbid (SBL)" was the only statistically significant value (d = -1.9694), indicating that the number of people who did not show comorbidity of both cribra orbitalia and scurvy was lower than expected by a statistically significant margin.

The results of the statistical analysis show that it may be possible that lower socioeconomic status puts one at greater risk of multiple dietary deficiencies, thus increasing the risk of infection later in life as per Scott and Hoppa (2018, 699). However, to draw such a conclusion definitively based on such a small sample would be ill-advised. It was shown that there is no difference between lower-class and upper middle-class urban populations in Post-Medieval London regarding the prevalence of cribra orbitalia and scurvy. As it was aptly suggested by Mant and Roberts (2015, 202) and by Lewis (2002, 222), in spite of their relative wealth, upper class individuals would be subject to the same overcrowding, poor sanitation, and early life dietary nutritional inadequacy as the lower class. Another possibility is that cribra orbitalia and scurvy lesions were the result of different factors culminating in the same skeletal effect. The statistical results are congruous with the literature stating that the industrialization and differences between an urban and rural environment are a greater influence on peoples’ well-being than socioeconomic status itself (Lewis 2002, 222; Mant and Roberts 2015, 202).

The fact that scurvy and cribra orbitalia are observed in skeletal material points to the idea that there were likely a greater number of people suffering from these conditions to a lesser degree. This is important because the deficiencies associated with cribra orbitalia and scurvy are known to impact one’s physiological as well as psychological well-being (Walker et al. 2009, 109-125). The psychological impact of these diseases may have had a radiating effect, since it likely would have affected the people around those with the diseases. With over 13% of the population suffering from either one or the other, the proportion of people who knew or took care of someone with scurvy, cribra orbitalia, or both was likely significant. Furthermore, if Walker et al. (2009, 120) are correct, and megaloblastic anaemia is the prime culprit of orbital lesions diagnosed as cribra orbitalia, the effect on caretakers and community members may have been even more dire, due to the paranoia, depression, and dementia (among others) that are associated with B-Vitamin deficiency.

Individuals may present different skeletal indicators for the same condition, and conversely, present the same indicators due to different conditions. In this case, the author proposes that such skeletal indicators point to the idea that individuals suffering such skeletal changes likely suffered dietary stress or were in more advanced stages of disease than those without. Such skeletal lesions, however, indicate that those afflicted would have had to survive long enough for them to appear. This is not to say that the absence of lesions indicates a "healthy" individual. Health is a multifactorial phenomenon and relies on homeostasis of physiological, psychological, cultural, and societal stimuli (Temple and Goodman 2014, 186-191). However, these conditions are known to have an impact on one’s energy and psychological well-being; the presence of skeletal lesions suggests that these pathologies persisted for long enough to affect the psychological status of those exhibiting them.

Despite finding little statistical significance in the data chosen, this essay shows that there was little difference in the nutritional hardships faced by individuals in Post-Medieval urban areas. The author, therefore, provides the answer to the question in saying that socioeconomic status likely played a nominal role in the dietary health of Post-Medieval populations on its own. However, the facts that these diseases affected over 10% of the population, and likely impacted the people around those suffering shows that the psychosocial conditions of urban areas in this period were likely as poor as the sanitation. Further research should include a wider array of cemeteries to expand the sample of individuals who display comorbid pathologies and to compare rural environments to urban as well, since the urban wealthy likely had greater access to the countryside than the poor. Considerations of age of death, morbidity rates, and other pathologies would contribute to creating a more complete perspective on overall health of subject populations. 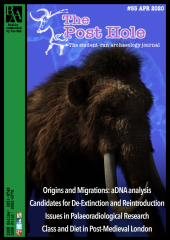 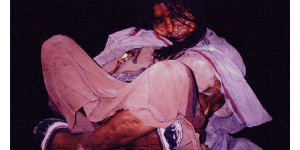 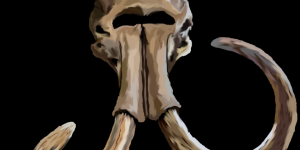 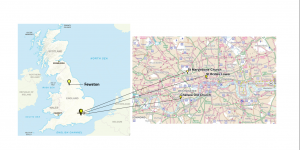 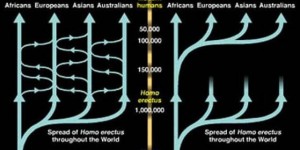 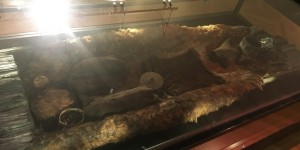