Egyptian Kingship and Godhood in the 3rd Millennium BC

In 3rd millennium BC Egypt, the Egyptian king was widely considered to possess divine qualities. This belief is expressed through Egyptian art and funerary practices. The monarch was an immensely powerful figure in Ancient Egypt, and his significance and role as a divine entity is conveyed through the hierarchy in the proportions of the artworks (Robins 1994, 35).  This is particularly reflected in the Triad Statue of Menkaure with Hathor and Cynopolis (see Figure 2). Monumental architecture, particularly in the form of royal funerary complexes such as the pyramids, is also highly indicative of the Egyptians’ faith that their ruler was a god. One of these such monuments is the Pyramid of Khufu (Figure 1).

3rd millennium BC Egypt encompasses a few different categorized periods of Egyptian history. It includes the later couple of centuries of the Early Dynastic period [c. 3100 – 2700 BC], the entirety of the Old Kingdom [ca. 2700 – 2160 BC], and the early decades of the First Intermediate Period [ca. 2160 – 2010 BC]. This roughly comprises the second dynasty through the eleventh dynasty (Kitchen 1991, 206). This period of time experienced the rule of a united Upper and Lower Egypt, as well as the height of pyramid construction, including the step pyramid at Djoser and the landmark Pyramids at Giza (Roehrig 2000, 1). Monarchical consolidation of power was also a noteworthy development of the era. This consolidation took shape in rulers claiming divine right, as a god on earth. This belief of the king as a god dictated many aspects of society, especially in the relationship of the ruler to his people, exhibited in artistic representations and funerary presentation (Frankfort 1948, 3).

The polytheistic Egyptian religion saw the worship of roughly two thousand deities. Each of these gods had specific roles and varying degrees of importance. They were all worshipped in different ways: some possessed grand temples whilst others belonged to a smaller, more domestic scale of veneration. The Egyptian ruler was regarded and uniquely worshipped as such as one of these gods. Treated as a corporeal, earthly embodiment of the divine, there were temples dedicated to the king and he was honoured alongside the gods (Sakovich 2005, 1). During this period, the king went beyond claims of divine right to rule, but also declared himself as a god incarnate in order to secure royal authority. The role of the monarch as an all-knowing and all-powerful being stemmed from the subsequent belief that the king shared traits with some of the most formidable gods (Frankfort 1948, 5). Paul John Frandsen (2008, 47), upholds that “the king was considered to be the incarnation of the creator god, and thus divine kingship...was crucial to the existence of the social and political order and to its integration into the cosmology of the Egyptians.” Frandsen’s argument that the institution of kingship as a divine phenomenon became an integral part of Egyptian life is maintained through existing evidence of the Egyptians’ attitudes towards their ruler. The king’s portrayal in art highlights his prominent position as a god, and the construction of expansive funerary complexes underscores how the king was regarded as a deity not only during his life but also in his afterlife (Sakovich 2005, 2).

Representations of Egyptian kings in art are particularly useful for analysing the extent to which they were considered powerful, individual deities. Art acts as a helpful aid in illustrating ways in which kings were believed to express their divine qualities (Frankfort 1948, 7). Art may also be useful in determining specific gods with whom the individual king may have been associated, and thus the prominence of the king can be understood through the respective god or gods with whom the monarch is depicted. The employment of different techniques also suggests an association with the divine. Hierarchy of scale is one artistic technique that indicates attitudes towards the king’s authority. Hierarchical proportion is an approach in which the figures, or figure, that the artist considers to be the most important are depicted as the largest representations in relation to the other figures present in the work (Robins 1994, 33). The resultant dominating physical presence makes it stand out and draws focus from the viewer, highlighting the figure’s important role. The noticeably accentuated form serves to symbolize the authority, power, and domination of the represented individual, especially over the other, smaller figures present. This technique is not uncommon in Egyptian art, and consequently gods and monarchs are typically always depicted as the greatest figure in an artwork; a king’s position as a god is thus reinforced by his portrayal alongside a deity at the same scale (Robins 1994, 36).

Hierarchy of scale is present in an Old Kingdom statue which renders the King Menkaure alongside Hathor, a key goddess, as well as a divine representation of a nome, an administrative division of Egypt (see Figure 2). In her analysis of the sculpture, Wendy Wood (1974, 86) notes that “the king is linked to the goddess as an equal,” a sense which is achieved through the presentation of the three figures.

King Menkaure is featured centrally and is noticeably larger than the others; he is also situated forward with one leg outstretched, as if he were walking in front of them. Hathor is to his right, identified through her headgear, and Cynopolis to his left. Both females are approximately the same size and height and are positioned just behind Menkaure. The difference between them is that the goddess’s hand is slightly outstretched to hold the king’s right hand. This pose is symbolic of Hathor offering Menkaure her divine favour and protection. The placement and proportions of the figures in the statue demonstrate a hierarchy of scale in which the king is represented to be a god alongside other divine beings and perhaps even of more immediate importance, as he is depicted to be moderately larger (Robins 1994).

Monumental architecture also emerged initially during the Old Kingdom (Roehrig 2000, 1). An examination of these massive structures represents more ways in which the Egyptians worshipped their gods and their monarchs. The most noteworthy and familiar form of monumental architecture is the pyramids. Pyramids were a funerary complex intended to house the king after death (Friedman 1995, 1). However, these structures were considered to function beyond just containing the body of the deceased ruler: they also held his spirit, or ka. In some cases, there would be a specific burial room for this spirit (Friedman 1995, 16). The Great Pyramid of Khufu is one such structure, it not only housed the body of the king but also includes room for his ka (Figure 1). The internal layout of the pyramids was constructed with regard to the path of the ka’s exit, and theories exist that the shafts located within the pyramids were designed specifically for the flight of the ka (Sakovich 2005, 2). These minute details included in pyramid construction in respects to the divine qualities of the king further denotes the ardent nature of Egyptian belief.

This vehement, extensive belief in the Egyptian ruler as a god is also illustrated in the very act and process of the creation and construction of the pyramids. Toby Wilkinson argues that such a momentous and arduous endeavour would have likely not been done without the supremacy of such a compelling ideology. Wilkinson (2000, 23) writes that “the spectacular achievements of pharaonic Egypt would have been impossible, even unimaginable, without the driving force of ideology; and that ideology centred on the role of the king.” This argument harkens back to that mentioned earlier by Frandsen (2008, 47), concerning the importance of the institution of divine kingship in Egypt. Both historians uphold the immense and consequential significance of the king as a deity. Wilkinson (2000, 24) affirms that the magnitude of this position drove the most impressive accomplishments of the Ancient Egyptians, as it was done out of a religious fervour and impassioned dedication to their divine monarch. Thus, the very labour of pyramid-building bespeaks the extent to which the Egyptians believed in their king as a god. The pyramids were a project of enormous proportion, their construction was expensive, time consuming, as well as dangerous for the laborers. However, despite the hardships, the Egyptians built these monumental structures in which they would house their divine kings to honour and worship them and their memory.

The extent to which the Egyptians considered their monarch to be a deity in third millennium BC Egypt is evident in several ways; for example  the symbolic representation of the divine authority of Egyptian kings through the artistic utilization of the hierarchy of scale, in which their supremacy is portrayed to be comparable to that of the gods. The Egyptians’ view of their king as a divine being is also pronounced in the construction of monumental funerary complexes, notably the pyramids. This is highlighted in the careful, considerate construction with every thought given to the king’s divine spirit. It is also apparent, as maintained by Egyptologists and historians, that the pure labour and dedication put into the creation of the pyramids emphasizes the degree to which the king was regarded as a god in Ancient Egypt. 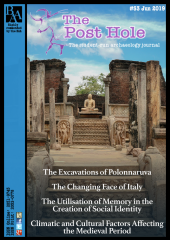 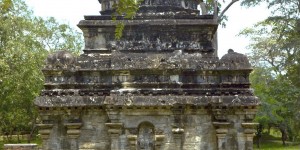 The Excavations of Polonnaruva: The Impact of Socio-Political Interpretation
Danielle Nicole Silverman 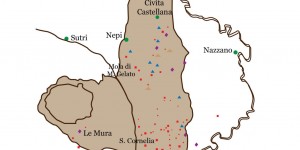 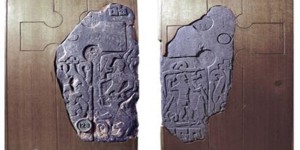 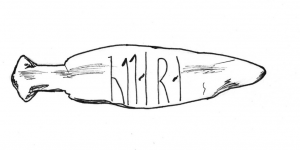