Working as a bead specialist - an interview with Marilee Wood

Dr Marilee Wood is a bead specialist from Washington State, USA, although she has lived in over 9 countries. It was her time spent in South Africa that began her interest in beads. As a collector, she found she was also interested in the people who made the beads and wanted to know more about their origins. She is primarily interested in African and Islamic beads and the trade patterns in Africa and the Indian Ocean. Her PhD was done through the University of Uppsala in Sweden. 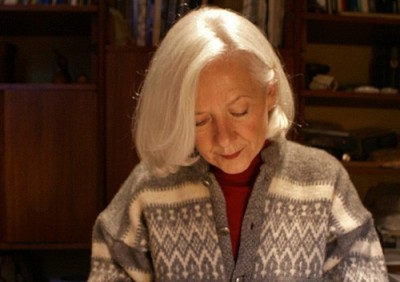 What area of archaeology do you work in?
I specialize in glass beads that were traded into Africa, particularly in the Islamic period – roughly between the 7th and 17th centuries.

What qualifications do you have and where did you study?
I have a PhD in archaeology which I received from Uppsala University in Sweden. My undergraduate and MA archaeology degrees are from the University of the Witwatersrand in Johannesburg, South Africa.

What made you take the leap from being a bead collector, to studying beads from an archaeological perspective?
My beadwork studies took me further and further back in time, but I found that few artefacts survive from before the mid-1800s. I then learned that the University of the Witwatersrand (in Johannesburg where I was living) has a large archaeological bead collection that was put together between about 1935 and 1955. It had been started in the hopes that beads could help to date several important sites that had been discovered in the 1930s near the Limpopo River in northern South Africa. Remember that radiocarbon dating had not been invented at this point, so there was no way to determine how old the sites were. Local pottery was not helpful since good long-term sequences had not yet been developed, but the sites were filled with hundreds of thousands of tiny glass beads. Since it was known they must have been imported, it was decided that they could potentially provide the clues needed to solve the puzzle. So archaeologists from around the world were asked to provide samples of beads from dated sites and, although this would not be possible today, hundreds of them did send beads resulting in an amazing collection.

Unfortunately, none of the beads matched those from the South African sites, and after radiocarbon dating came into use in the mid-50s, the bead collection was more or less left to languish in 3 large tin trunks. It took me two years to work my way through those trunks – the beads were in a sad state with missing labels, twisted and broken strings, and all of the letters that had accompanied the beads in the first place were missing so the essential information that would give them value was missing. I eventually found the original letters in the national archives, which would not loan them, so I had to drive to Pretoria every day for two weeks to photocopy them all. When I had finished with this work, I realized that there was a great deal of information to still be learned from the beads, but I also knew that I would not be recognized as a serious researcher if I did not have the proper degrees. I thus went back to university to obtain them.

You did your masters degree in South Africa and then your PhD in Sweden. How did you find studying in two different countries? What were the main differences between the two?
The two were actually similar in a number of ways [apart from the weather!]. In both cases I was working pretty much on my own since bead studies are still rather unique [none of my professors knew anything about beads]. Thus, both degrees were based on my own research and by thesis/publication so no classes were involved. Reading lists and reports were part of both, but these again were individualised. Two differences do stand out. The first is that Uppsala prints theses in the form of published books in full colour [really important for bead studies], so in the end you actually have a good-looking publication that people can purchase and use. Wits [the short term for the University of Witwatersrand] still uses the old-school, dry as shrivelled leaves, thesis format with double space printing on one side of the page etc. and with a three or four volume run, which of course means few will ever see it, let alone read it.

You analyse beads using LA-ICP-MS. What does this mean exactly, and what process do you follow when conducting this analysis?
I don’t actually do the analysis myself – I send it off to Laure Dussubieux at the Field Museum in Chicago who specializes in this work and has the necessary [and very expensive] equipment. I do need to carefully choose the samples for analysis since it is difficult to get decent results from glass that is corroded. I also need to try to select samples that will provide a good cross-section of the assemblage in question. When the results come in (we get up to 52 oxide, element and trace element values for each sample) I need to work with Laure to figure out how the beads fit into glass types and time frames, and how they compare to other assemblages both nearby and on other continents.

How do you use this information for analysis, and what can this tell us about the beads?
We are learning more and more about the various glass types that were made in different regions at different times. It’s still a relatively new field, so there is a lot to learn, but some things are becoming clear. For example, soda-lime-silica glasses that are made with a mineral flux and high levels of alumina were made in South or Southeast Asia. So far, 5 subtypes of this glass have been identified and each has both temporal and spatial implications. But one must be careful because you can’t assume that the beads were made where the glass was made. It turns out that there were few glass makers and lots of beadmakers [reworking glass is far easier and can be done at lower temperatures than producing it]. In addition, raw glass and scrap glass [there was lots of recycling going on even 2,000 years ago] were traded, sometimes over great distances. Therefore one needs to look at beadmaking techniques and styles to try to determine where the beads were made.

Is your interest focused on African beads or are you interested in other regions too?
I mainly work with African beads but am drawn more and more to regions where they may have been made. These include the Middle East, the Persian Gulf, India, Sri Lanka, Southeast Asia and China. I was in India last August to help teach a workshop and was able to discuss and compare beads with archaeologists there, but there is so much more to do – it’s an exciting puzzle.

Any tips for the undergraduates reading this interview wanting to work in the same kind of area?
It’s a little hard to begin bead studies since I am not aware of any schools that teach it – you have to be willing to work on your own a lot. It would probably be useful to find a bead assemblage that has not been worked on and begin. In the States, the most common assemblages would be from 17th to early 20th century sites. Many of these have been studied and published, so reading those publications – along with anything you can find about how to study glass beads – would be important. If anyone is interested, they can email me, and I would try to help them begin.