In 2012 I walked across the stage at Central Hall as a University of York graduate with an MSc degree in Bioarchaeology, ready to take on the world. I remember returning to South Africa eager to get stuck into a PhD degree that would take me halfway across the world again, but things did not exactly pan out that way. Nobody ever really tells you how hard it is to find work and to adjust to life outside of academia. Nevertheless, after several months of sending out endless applications, I was fortunate enough to be selected as a Maritime Archaeology intern under the mentorship of one of the very few Maritime archaeologists in Cape Town, South Africa. So, in September 2012, I packed my bags and relocated down south to a new city for new career adventures. I did not have a clue about what Maritime Archaeology entailed, and all the work that goes into it to prepare one’s self for a day at work, and I was about to find out fast! Having no time to settle into Cape Town life, the first thing I had to do was learn how to dive and be certified as a Class IV Commercial/Scientific diver. This qualification basically translates to what I think is a Masters level in Recreational diving, just a little bit harder. This was not the easiest qualification to obtain when you take into consideration that this was the first time I would be underwater and breathing at the same time. For a good couple of days this was a foreign concept (as I had not grown any gills up to this point), but after an intense month of living like a fish, jumping off harbour walls, getting lost in a quarry that had been filled with water and converted into a watersport venue and losing two dive knives, I passed my exam and could officially start working on a shipwreck site on one of Cape Town’s many beaches.

My job as the Osteoarchaeologist on the research team was to put together a protocol and policy for osteological material, in the event that we uncovered any human remains on this site, due to a number of reports referencing the number of lives lost in the sinking of this particular ship. For the first two months of 2013, I had my very first underwater excavation experience in what I had been told was not the most ideal site to start out on. Well, I don’t know any better work-related dive conditions other than the surge-like and cold waters of Cape Town. There I was, underwater in a relatively cold environment, operating a dredge that sucks up sand from the ocean floor just like a vacuum cleaner. Sounds boring and mundane, but then something magical happens and you see something emerge from beneath the sand. Your breathing rate becomes rapid and shallow from pure excitement, and just as fate would have it, a giant swell (more like a wave) swoops by above you and you are just effortlessly forced to ride that wave. All you see is sand, bubbles and your feet as you try to gather yourself and continue your little discovery, only to find that it has once again been swallowed by the ocean floor. It’s like an Indiana Jones movie gone wrong – chaos is meant to ensue once you have the artefact in your hands, not before. This was the case for many days on site; either the sea conditions were just not conducive to diving, or on days when we did brave the conditions, the waves would show us who exactly the master was in that situation. At least it was a day out on the boat, meeting and hanging out with amazing people from the South African Heritage Agency’s (SAHRA) Maritime and Underwater Cultural Heritage Unit, Iziko Museums of South Africa, the National Parks Services (NPS) Submerged Resources Center, George Washington University, National Association of Black SCUBA Divers, and finally the Smithsonian Institution’s National Museum of African American History and Culture. I am not exactly the most social of people, but it truly was an amazing experience working with this team and looking forward to when I can do so again.

I spent just under a year learning how the world of Underwater Archaeology and museum curatorship operates, which has expanded my career portfolio in a direction that I honestly did not plan for. Now at the end of 2013, I’m employed by the University of the Witwatersrand as an associate lecturer in archaeology! Once again I packed up my life in Cape Town and moved back home to Johannesburg to start a whole new kind of adventure – academia. Archaeology as a profession, and in my case a lifestyle, is just one adventure after another. I cannot predict what the next year will bring in terms of job opportunities and sites to be excavated, but it has been an amazing ride thus far. In a short space of time, I transformed from being a Bioarchaeologist, to being a mermaid, and now a mini-academic in my ivory tower writing up my PhD proposal. The question is what are you doing now? 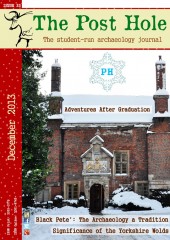 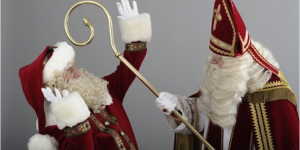 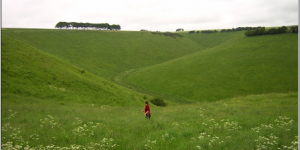 ‘Black Pete’; the archaeology of a Dutch tradition
Rianca Vogels 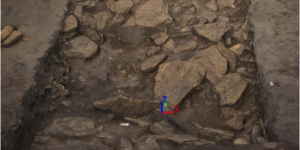 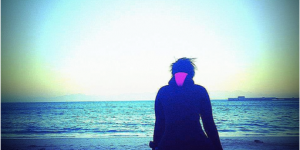 The use of Photogrammetric models for the recording of archaeological features
Robert P. Barratt