Remembering Mick Aston: The man who brought the past to the present 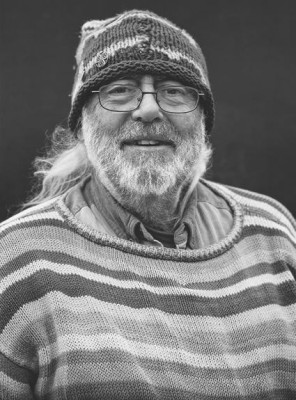 Mick Aston was an anti-establishment, atheist, socialist, republican archaeologist, not interested in what high-up people thought of him, or success in conventional terms. Mick preferred to concentrate on what was fun, what was good, and what was right. 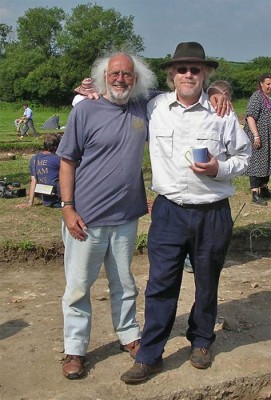 I first encountered Mick when I had left school with no idea of what to do next. I’d found a shelf called ‘Archaeology’ in the local library, and thought that this might be for me, so I booked a place on some local Saturday lectures in Bristol. Every week a fresh lecturer was introduced by an enthusiastic chap with a mop of unruly hair – Mick Aston. I never actually spoke to him – I was too shy – but the lectures and practical training he organised got me into university. Thirteen years later, at last I properly met him when I worked as a digger at Bawsey, when Time Team came to Norfolk.

Mick’s attraction to monasticism perhaps came from this intuitive empathy. He could get into the head of a medieval monk, maybe through shared values - vegetarianism, good wine, communality, contemplation (he thought deeply about everything) and a mission to make the world a better place. Mick didn’t have much time for the afterlife, but he wanted to make this world a better place, and he did it through archaeology.

Mick could be cantankerous. He could refuse to go to the Queen’s garden party because it meant wearing a suit. But he made millions of people enthusiastic about archaeology, and he did a great deal of important, academically rigorous research too. There aren’t many people who have achieved both.

Mick considered everyone a proper archaeologist, whether they were just starting out or whether they had written twenty books on the subject. All ideas were treated with respect; he would start where you were, but never talk down to you, because it was a joint enterprise to find out about, and understand, the past.

His skill at communication came down to empathy. He could imagine, or remember, what it was like to see archaeology for the first time – the excitement of it all, but also the complete lack of knowledge; whether the Vikings came before or after the Romans, or that farming had to be invented, it wasn’t just natural.

Mike Heyworth (Director of the Council for British Archaeology) 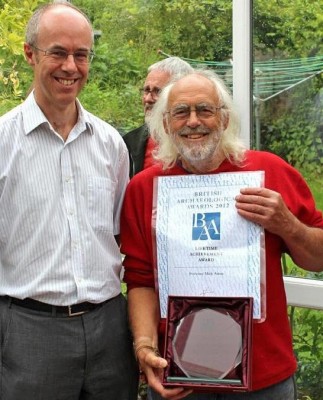 Through his long association with the Time Team television programme, Mick was one of the most recognisable and best known archaeologists in the world. Despite the attention that this often brought, Mick was always willing to talk to anyone about archaeology. He was a passionate supporter of the Council for British Archaeology’s vision of ‘archaeology for all’ and most of his career was devoted to enthusing people about archaeology in one way or another.

Not only was Mick a leading academic authority on medieval settlement and early monasticism, with several major fieldwork projects and publications to his name, he also spent many years teaching archaeology to students at both undergraduate level and through extra-mural adult education classes. He was a natural enthusiast and conversations with Mick were always wide-ranging, thought-provoking, amusing - and often highly irreverent!

I last saw Mick in York during the Viking Festival in February. As ever, he was the star attraction at an event held in the Guildhall to promote archaeology and he spent all afternoon talking to people who were often queuing up to speak with him about archaeology. That is how I will remember him. He gave so much to archaeology and we will all miss him greatly.

In early July 2012, I had the opportunity to visit Mick in his home in Somerset to present him with a Lifetime Achievement Award on behalf of the British Archaeological Awards. I was glad to have the chance to see Mick in his ‘native habitat’. Mick was surprised to see me as he didn’t know I was coming, but we had a great time and I was delighted to have the opportunity to make the presentation to Mick in front of his local friends.

The presentation was filmed and shown at the subsequent awards ceremony to great applause (it is available online at http://www.youtube.com/watch?v=hZ5D8H0PKXc). Everyone thought there was no more worthy winner of a lifetime achievement award for archaeology than Mick.

I knew Mick Aston when he came to Oxfordshire to be Assistant Field Officer at the City and County Museum. His unkempt hair and wild look combined with his strong West Midlands accent contrasted with the restrained dress codes and Standard English (Oxford University regional variant) accents of most other archaeologists in the area, but his interest in fieldwork and his warm smile usually overcame the shock of the first impression. But he was always more than just a character, and for those of us who were involved in what was then called adult education he was a natural ally, willing and able to share his enthusiasm, and tolerant of those of us who were more interested in pottery and metalwork than in the humps and bumps that were his meat and drink.

It was the humps and bumps that led to our working together on the route of the Oxfordshire M40, alongside Trevor Rowley and various local stalwarts, with Mick pointing out ridge and furrow where I could see only long and short grass. His comrades noted, however, that his interest waned as soon as fieldwork turned to excavation, and so it was with a wry smile that I watched him years later on television deciding where trenches should be placed, and discussing their interpretations.

Mick was the obvious person to succeed Peter Fowler at the Bristol Extra-Mural Department, for Peter had established that teaching involved field training, and Mick had no quarrel with that philosophy. The Shapwick project, run with Chris Gerrard, was his outstanding contribution, but there were books on Avon and Somerset, and indulgence in his passion for air photography.

One of his interests was work with the blind, and I remember the very different experience of lecturing to one of his courses in a room in which there seemed to be as many guide-dogs as people. My audiences have often fallen asleep, but only that once to order. I am grateful to Mick for many memories, much banter, and a good deal of gossip, but perhaps for that one experience more than any other.

Anyone who has ever worked with or been taught by Mick Aston will know that after an hour or two in his company you feel both inspired and enthused to go out and get on with some archaeological research. His own enthusiasm never waned. I first worked with Mick in the early 1980s but it was in 1986 that Mick told me in no uncertain terms to get an application in to the recently vacated post of County Archaeologist in Somerset: “It’s a bloody brilliant county and there’s lots to do”. He knew; he was the first County Archaeologist appointed in 1974 shortly after local government reorganisation to provide archaeological advice to the County and District Councils. 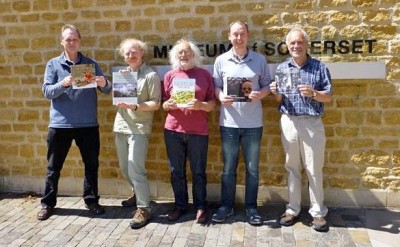 (L-R) Bob Croft, Richard Brunning, Mick Aston, Steve Membery and Steve Minnitt at the launch of the Shapwick volume on the 1st June 2013 at the Museum of Somerset in Taunton (Image Copyright: Bob Croft)

Mick being Mick, filled this post in his own inimitable style: mapping and recording the archaeology of the county; setting up the first Sites and Monuments Record; writing reports for county and national journals; and at the same time telling the County Planning Officer and the County Surveyor what should be done to protect archaeological sites. He certainly left his mark on both the written and oral history of archaeological site management in Somerset.

He was a great champion for Somerset archaeology and heritage and worked hard to promote work in his adopted county - the historic county of Somerset (Mick never had time for the 1974 boundary changes). Mick’s publication record speaks for itself. His most recent work on Shapwick parish in collaboration with Chris Gerard is a model example of how to tell the archaeological story of a parish.

There are so many ‘Mick stories’ to tell: from Bristol University days and extra-mural evening classes in village halls through to some of the most extensive Time Team digs, such as the Big Roman Dig at Dinnington. We had plans for much more work in the county. In particular on that elusive period from Arthur to Alfred, one Mick was particularly interested in. I can hear him saying, “stop thinking about it and bloody well get on and get the money for the radiocarbon dates”. Mick was always there to offer advice, encouragement and act as a critical colleague. He was a kind and generous man and I will miss him greatly.

Thank you to Helen, Mike, David and Bob for their contributions to this feature.