Mysteries of the Deep? Pleistocene Archaeology and the Underwater Record

Of all the modules I have studied at King's Manor, perhaps my favourite has been Geoff Bailey's Prehistoric Coastlines. This is a summary, as best I can manage, of what I learned. I cannot think that there is any more important consideration when researching the Palaeolithic than the fact that most of the archaeology from this time might now be underwater.

Why so? The coastlines we see all around the Earth now have only looked like that during the last 6,000 years. Before then, we were in the grip of an ice age and our planet looked much less blue than it does now. This is due to the sheer size of the ice-caps. Much of the water in our current seas and oceans was trapped as ice at the poles, bringing sea-levels down to striking levels, as much as 120 metres in places (Bailey and Flemming, 2008) and revealing extensive lowland plains. For ease of communication, I shall call our modern day land areas 'The Uplands' and the now submerged plains 'The Lowlands'.

How extreme was this sea-level change? Well, as an example of a Pleistocene Lowland, during the last ice age the North Sea was a vast Lowland, known as Doggerland, with evidence of birch shrubs and large game, possible permafrost (White 2006), valleys and rivers (Gaffney, et al. 2007). At times glaciers may have spread over it making it potentially uninhabitable to humans (we will discuss this later). Obviously finding archaeology from over 10,000 years ago, under the seabed of the North Sea is quite a task, so Palaeolithic human presence is often guesswork, except for some very exciting clues:-

Though dating for Neanderthals is currently under review, it may be significantly older. This begs the question: how did they get to England? Well, they either crossed the North Sea plain, perhaps following the large game, or they would have had to cross a wide river that existed then across the channel. Either Neanderthals had the technology to survive extreme cold and tundra or they had the capacity to cross water. Now that is exciting! Furthermore, a new dating for England's first known Homo sapiens at 41,000 years old (Amos, 2011) means that our own species were crossing these lowland plains, or had water craft sturdy enough to cross the channel river, and may have been contemporary with Neanderthals if dating reviews can confirm this. 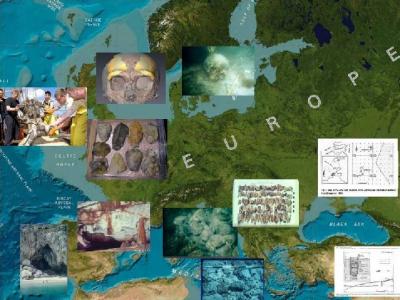 These are just some of the many examples of potentially exciting lowland activity, and these areas exist around every continent, forming large Palaeolithic fertile plains and even land-bridges. Beringia is a famous land-bridge that connected Alaska with Siberia during the Palaeolithic. Sunda was an extended land region connecting many of the Indonesian Islands, and Sahul was a large continent that connected Australia to New Guinea.

Why might humans have strayed onto these lowland plains? Well, the Lowlands could actually have been far more attractive than the Uplands. The reasons: coastal resources, migration and drought.

During the last Ice Age, drought conditions existed in the Uplands which were caused by the volume of water held in the ice-caps. However, on the Lowlands the water table was higher. Flora and fauna were therefore richer on the Lowlands and one could hypothesise that humans would have clustered there too.

Secondly, there is the attraction of marine resources. There may be good reason why we see little archaeological evidence of marine and coastal exploitation during the Palaeolithic. Those habitats are now underwater and we are restricted to information from previously inland regions. However, after 10,000 years ago, there is abundant global evidence of shell middens, vast mounds of shells along coastlines that once provided food for people through the Holocene. There is some enquiry into whether such middens also exist underwater along the now submerged Palaeolithic coastlines, and this is currently being researched at the Red Sea (Bailey and Flemming, 2008). Also, at a time of variable patterns of climate change, when land food sources might have been unreliable, the sea can keep people alive, feeding them with fish, shellfish and even sea mammals if they can catch them. In fact, even now in very cold regions, the sea can support complex, very cultural communities of hunter-gathering humans as can be seen on the Western Seaboard of Canada and Alaska. Fish from Arctic waters is very high in oils and therefore calories. Sea mammals can provide skins for homes, boats and clothes; bones for tools; and fat for burning as well as food. Therefore Homo sapiens may have been able to exist on frozen coastlines during the Ice-Age. There are, however, controversial implications of this. Could humans have survived on the edges of glaciers in the North during the last Ice Age? Indeed could they have held a niche in the area of the North Sea during the Last Glacial Maximum? Were Neanderthals capable of carving such a niche also? Sadly due to melting of such areas, we may never know.

Finally, there is the matter of migration, or stated rather more simply, human movement (humans may not have been aware they were migrating as such, perhaps just moving from resource to resource as pressure demanded). Even with simple watercraft like canoes, coastlines provide a quick and easy way to transport belongings and perhaps whole families. Indeed, in some places communities today live on boats instead of land. Trade and contact with fellow coastal groups is made easier, providing emergency fallback for each other in times of hardship. This is suspected as a dispersal method into the Americas, from Siberia, across Beringia, and down the west coast of Alaska, Canada and North America. However, dates of human occupation in South America, for example at Monte Verdi dated at 14,220 and 13,980 years ago (Dillahay, et al. 2008), appear to be earlier than the appearance of an ice-free corridor that opened along Beringia after 11kya (Bradbury and Stanford, 2010). This could suggest a second, earlier, and as yet unsolved dispersal into the Americas.

Therefore, in more frozen lands, coasts could have provided an essential path around the ice and possibly a favoured travelling route. Once watercraft were invented, travel by water was possibly faster and easier than over land in all zones. The young, frail, heavily pregnant and elderly do not have to walk, and heavy belongings do not have to be carried if they are travelling by boat. In addition, water, whether by sea or river, will take people from one well-watered fertile zone to the next, more than land travel would. Large land predators, such as the sabre-toothed big cats of the Pleistocene, would find travelling humans to be out of their reach. One could easily imagine how well nourished family groups who travelled rapidly and safely along fertile coastlines would have considerable advantage over those family groups that travelled slowly on foot over the dry Uplands. Such people may though have become dependent on migrating herds of game for resources, analogous with the Chukchi of Siberia who are traditionally reliant on reindeers. 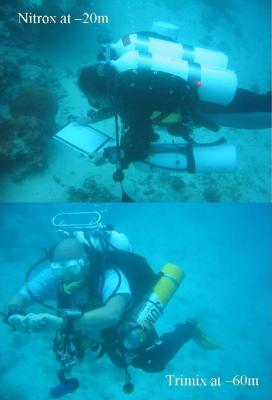 What is the impact of these potential regions on current archaeological understanding? It could be immense. We could be underestimating the spread of Homo sapiens, and maybe even the Neanderthals during the last Ice Age. At worst, we could be missing the majority of archaeological evidence from this time. The remains found on the Uplands may not be truly representative of human cultural and technological behaviour at this time. We may be missing early Homo sapiens art, possible Neanderthal cultural activity, and complex Palaeolithic communities.

But can anything be done about this? Is this heritage lost forever? It is not believed to be so (Bailey and Flemming, 2008). Areas of real potential have been identified, such as Gibraltar and the Red Sea, but from there the problem is the cost, as well as the practical constraints of research. In areas like the North Sea, archaeology prior to around 24,000 years ago may have been destroyed by the intense glaciation of the Last Glacial Maximum that ran from that time to around 15,000 years ago. However, the East Anglian tool cache and the Dutch Neanderthal skull did survive, but having been dredged, are of unknown context. Could they have been dragged from a rich, meaningful, and in fact priceless context which now lies destroyed under the sea?

Perhaps the most important consideration for now is to identify the most pertinent undersea areas and place them under protection from any further human and environmental damage. One day archaeology may be well placed to research very effectively there, and it would be a tragedy for them if we let these areas be rendered useless now by human activity such as off-shore wind farms, oil prospecting and benthic trawler fishing methods. Perhaps we owe something to future generations by creating undersea World Heritage Sites.

A Glossary and some further info 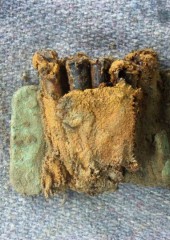